Hollowed-out factories (like the Alfa Romeo car factory above) tell a story.

Associated Press
In this photo taken on Friday, Feb. 3, 2017, water comes from the roof inside the abandoned Alfa Romeo car factory, in Arese, near Milan, Italy, Friday, Feb. 3, 2017. Lombardy is Italy's most productive region with an annual GDP of 337 billion euros, making it Europe's second most productive region. And yet the landscape is dotted with ghosts of industries past.
AP Photo/Luca Bruno

MILAN (AP) — Hollowed-out factories and abandoned businesses are a form of economic archaeology. The story they tell isn't necessarily one of failure, but one of economic transition.

Lombardy is the most productive of Italy's 20 regions, with annual GDP of 337 billion euros ($356 billion), and the second most productive in Europe. And yet the landscape is dotted with ghosts of industries past. Where once production hummed, today there are carcasses of former industry.

The largest period of de-industrialization happened between the 1970s and the 1990s, when steel mills lost competitiveness to China and independent scooter and carmakers lost scale. In that period, some 6.7 million square meters (more than 72 million square feet) of industrial production was lost, according to Giorgio Bigatti, a professor of public management at Milan's Bocconi University who has written a book on Milan's industrial landscape.

The remains attest to the past. A hulking frame is all that survives of an abandoned steel mill, the area slated for transformation into a hospital and research center. A former cement factory bills itself as an industrial archaeological site, and offers occasional tours. Pigeons roost in the former production area of Alfa Romeo, part of which remains abandoned even as the offices have been repurposed for an Alfa Romeo museum, while another production area is now the site of Italy's largest shopping mall.

An abandoned hotel is a more recent victim. "Recession" is scrawled across the wall behind a hotel desk, partially obscuring the original lettering for "Reception." In one room, a bed is made, a sign that someone has found a temporary home.

Manufacturing has only been one part of Milan's economic might. Some former industrialized areas have been transformed — like the former Pirelli production sites into the Bicocca University. And the finance and commerce mechanisms that grew up hand in hand with the industry have remained a backbone of the region's wealth. 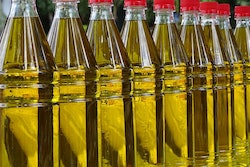 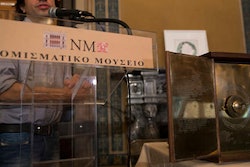