SolarCity installs custom solar systems that it leases to homeowners, and also maintains and repairs them.

Associated Press
In this October 2009 photo, a pair of SolarCity Dodge Sprinters are parked outside the SolarCity headquarters in Foster City, California.
Wikimedia

SolarCity, a subsidiary of electric car maker Tesla Motors, said Thursday it is opening an operations center near Orlando and plans to spread into other areas of Florida.

A typical operations center employs about 100 people. The company is hiring for sales and installation jobs at its Orlando area facility in Clermont.

SolarCity installs custom solar systems that it leases to homeowners, and also maintains and repairs them. 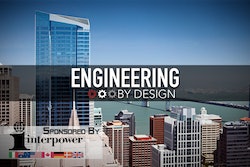