It's not pranksters or vandals who placed toilet paper all over the streets, it was city workers. 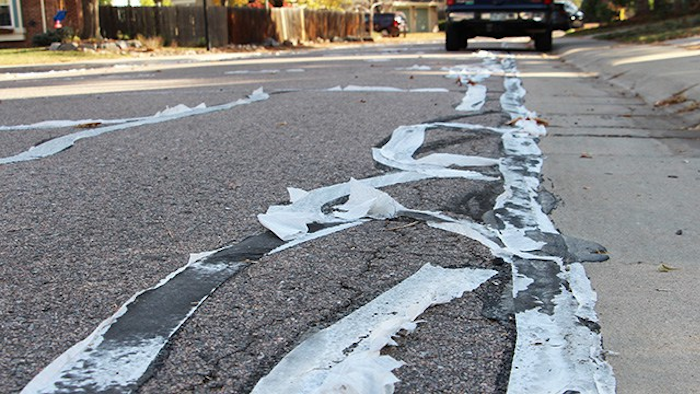 For the first time, Littleton is placing biodegradable toilet paper over freshly sealed areas to keep the tar in place and off of people’s shoes, bicycles, cars and tires.
City of Littleton

LITTLETON, Colo. (AP) — It's not pranksters or vandals who placed toilet paper all over the streets of Littleton, Colorado, it was city workers.

The Denver Post reports that Littleton crews have used bathroom tissue to help seal up cracks along more than 120 streets.

Officials say toilet paper was applied with a paint roller over freshly laid tar used to fill asphalt cracks. The paper absorbs the oil from the tar as it dries, keeping it from sticking to pedestrian's shoes or car and bike tires. The biodegradable paper will break down and be gone in a few days.