The new technology is expected to boost revenue for one company by up to $650,000. 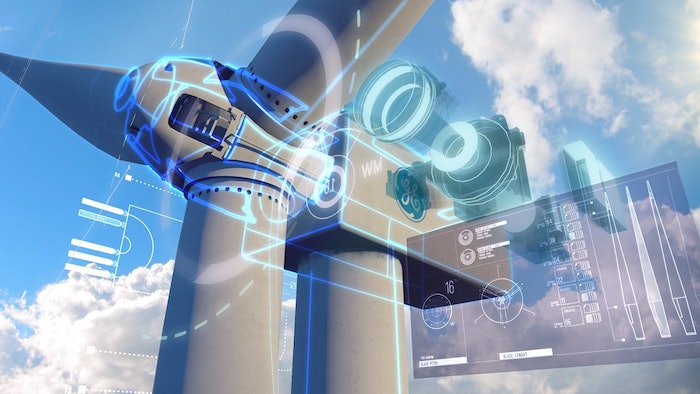 A second contract, signed with Kandenko, is expected to deliver up to two percent higher AEP for the 22 MW Chosi project, a twelve-year-old wind farm near Tokyo.

Anne McEntee, President & CEO of GE’s Onshore Wind business said, “Our Digital Wind Farm concept is starting to gain traction all over the world. These two projects in Japan are great examples of our lifecycle approach to services—we are using data and analytics to create new value from older machines.”

Originally commissioned in 2004, the Chosi wind farm consists of 15 units of GE’s 1.5s product. Using GE’s Prognostics and PowerUp Services (PPS) software applications, the site will implement a turbine performance enhancement strategy that involves, among other adjustments, fine tuning the pitch angle according to the site’s real-world operating conditions.

The resulting data will help the team analyze current and historical performance, plus it will help predict the remaining useful life of key components in the aging machines.

The Kandenko team expects the new technology to boost revenue by up to $650,000 over the remaining lifetime of the project.

Kinden Corporation’s 30 MW Shirama project near Osaka is made up of 20 units of GE’s 1.5sle wind turbines.

First commissioned in 2009, the site will also receive GE’s PPS applications, implementing software and hardware enhancements that utilize a new blade clearance operation mode which will help the turbines run more efficiently and increase overall plant production by up to five percent.

GE’s Digital Wind Farm concept extends to a wide variety of existing turbine models, and the apps are also compatible with the company’s new 2 MW and 3 MW wind turbines.

In May, the company unveiled anew suite of Digital Wind Farm applications that were developed to enhance production and improve wind farm profitability.

The programs are built on the Predix software platform, the foundation for all GE’s Industrial Internet applications, and include its specialized cyber security protection for operational technology.