The "Ugly American," it would seem, isn't all bad. 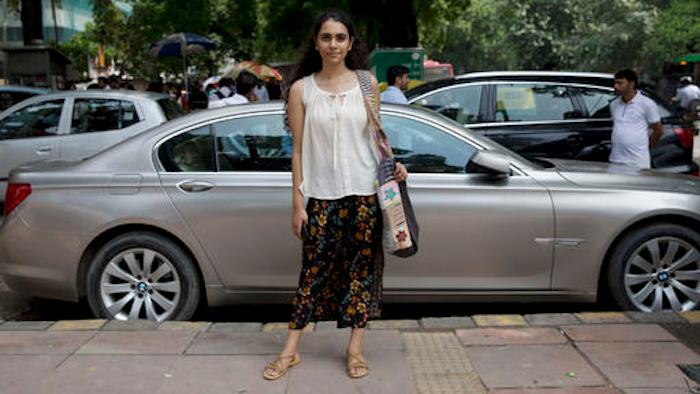 Antara Rao, a student at Delhi University, poses for a photograph in New Delhi, India, on Monday, Aug. 1, 2016. On the United States, she says, "I think everyone is very tolerant there, in a way that there are all kinds of people, whether from different ethnicities, different countries, different religions. People are mostly not concerned with what another (person) is doing. There was a bit of a culture shock when I first went there because the way people dress there is very much different from the way we dress here. All of them wear shorts."
AP Photo/Tsering Topgyal

BANGKOK (AP) — The rest of the world may think Americans eat a lot of burgers, have huge shopping malls and are ruled by an arrogant government. And yet the "Ugly American," it would seem, isn't all bad. Americans are also seen from afar as generous tippers, friendly, uncomplicated, rich and the standard bearers of freedom, equality, creativity and technological power.

While many Americans feel their nation is divided as never before, a sampling of the rest of the world reflects a more charitable view.

Generations in Asia, Africa, Europe and Latin America have grown up under the influence of the superpower U.S. and have felt awe and envy. America permeated their lives — through comics and Coke, through Hollywood and Neil Armstrong, and via the internet, iPhone and Facebook.

It has been seen as the land of plenty, freedom and equality where Indian migrants could head behemoths like Google, Microsoft and Pepsi, and a South African could capture the imagination with an electric car. And after 9/11, the world grieved with America.

Yet, America's admirers have felt betrayed by other shades of the American character: the military interventions in Vietnam, Iraq and elsewhere; the gun violence; the right (inexplicable to many) to carry weapons; the deep and angry racial divisions; and, lately, a presidential nominee calling for harsh restrictions on Muslims and Mexicans.

The Associated Press sent reporters across the world to ask ordinary people about their views of America. And in the opinions that came back, some clear threads emerge, anecdotal yet illuminating.

What is the First Thought That Comes to Mind When You Hear the Word "America"?

Experience You've Had With Americans