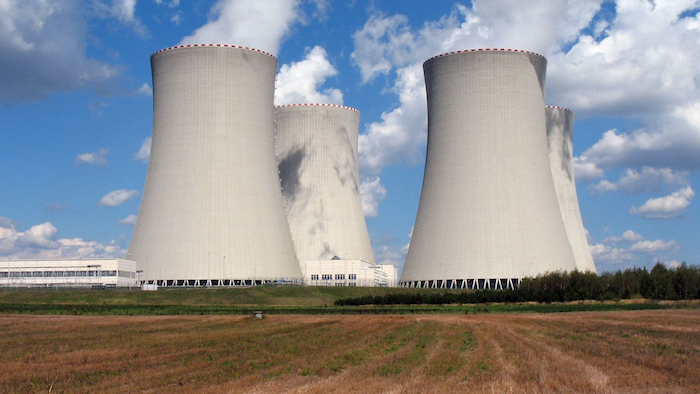 Moniz said Tuesday that the 93 research projects will help scientists innovate with nuclear technologies that can eventually enter the commercial market. He made the announcement while visiting the Department of Energy's Idaho National Laboratory in eastern Idaho.

Much of the money announced Tuesday is heading for universities, about $36 million for 49 university-led projects. Fifteen universities also will receive nearly $6 million for research reactor and infrastructure improvements.

"Frankly, there's been probably not enough of that in recent years," Moniz said. "These are very important teaching tools."

Two innovations Moniz cited specifically he'd like to see are advances in small modular reactors and work on what he called advanced fuels, including what he called accident-tolerant fuels.

Such fuels, he said, could lead to reactors that are "fundamentally different in their designs."

He said small modular reactors are cheaper to build and, being modular, can be added to as power demands in a region grow. That could be attractive to utilities, he noted, that wouldn't initially have to come up with billions of dollars to build a conventional nuclear power plant.

The first small modular reactor could be built in Idaho as a Utah energy cooperative is narrowing down its selections for a site at the 890-square-mile Idaho National Laboratory. Moniz said that decision could be made in about a month.

"We are very much hoping Idaho is going to be the place where this happens, presumably first," Moniz said.

He said the ability of such reactors to provide competitively priced energy to the market will be a critical component, but it likely won't be until the middle of the next decade until that aspect and others about the small reactors are well understood.

Moniz also said Tuesday that the Energy Department has to "make progress in terms of managing spent fuel."

The funding includes $21 million for joint projects involving the Office of Nuclear Energy and the Office of Environmental Management for nuclear waste immobilization. Collaboration between those two entities is part of Moniz's plan to combine the Energy Department's advanced nuclear research and remediation efforts.

Some environmental groups oppose nuclear energy, but others say it can reduce the greenhouse gases that cause global warming.

"Nuclear waste is certainly a place where we want as much research as possible," said Wendy Wilson, the group's interim executive director, about Tuesday's announcement. "If they put that much money into renewables that are here today, we could have really safe and clean energy."

In Idaho, nuclear waste is a touchy subject involving federal court battles between the state and federal government over concerns the state was becoming a nuclear waste repository.

Currently, research on spent nuclear fuel the Energy Department wants to do at the Idaho National Laboratory is being prevented by a 1995 agreement prohibiting such shipments into Idaho until 900,000 gallons of high-level liquid radioactive waste stored at the site is converted to a solid form and shipped out of the state.