The ad's content rekindled discussions on racial discrimination in China, where prejudices against blacks are likely to be dismissed. 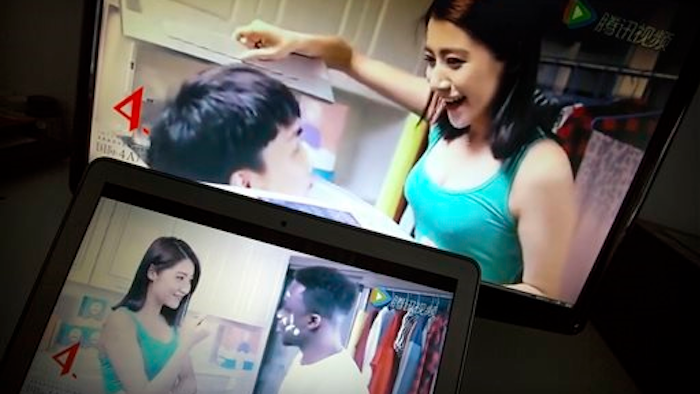 Caption
Two scenes from a detergent ad by Shanghai Leishang Cosmetics Ltd. Co. are shown on computer screens in Beijing, Sunday, May 29, 2016. The Chinese laundry detergent maker apologized late Saturday for the harm caused by the spread of an ad in which a black man "washed" by its product was transformed into a fair-skinned Asian man.
AP Photo/Mark Schiefelbein

BEIJING (AP) — A Chinese laundry detergent maker apologized for the harm caused by the spread of an ad in which a black man "washed" by its product was transformed into a fair-skinned Asian man.

Shanghai Leishang Cosmetics Ltd. Co. said it strongly shuns and condemns racial discrimination but blamed foreign media for amplifying the ad, which first appeared on Chinese social media in March but was halted after it drew protests this week following media reports.

"We express regret that the ad should have caused a controversy," the statement issued late Saturday read. "But we will not shun responsibility for controversial content."

"We express our apology for the harm caused to the African people because of the spread of the ad and the over-amplification by the media," the company said. "We sincerely hope the public and the media will not over-read it."

The ad for Qiaobi laundry detergent drops shows a black man entering a room and attempting to flirt with an Asian woman. He is carrying a pail of paint, wears dirty clothes and has a soiled face. She feeds him a detergent drop and stuffs his body into a top-loading washer. When the cycle completes, a fair-skinned Asian man in a clean white T-shirt emerges to the delight of the woman.

When speaking to the Chinese nationalist newspaper The Global Times, a Mr. Wang of Leishang said the critics were "too sensitive," and the issue of racial discrimination never came up during the production of the video.

The ad's content rekindled discussions on racial discrimination in China, where prejudices against blacks are likely to be dismissed.