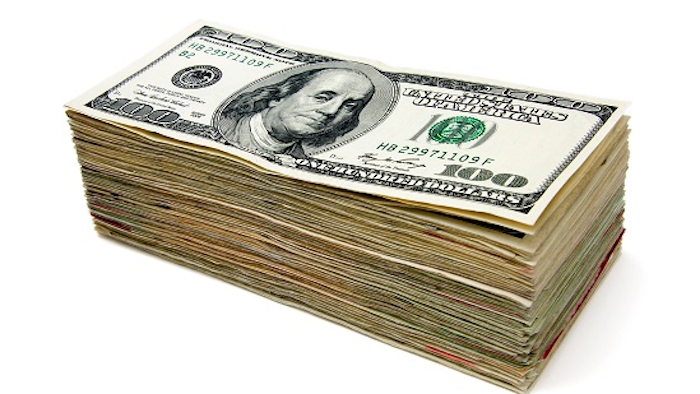 NEW CASTLE, Del. (AP) — A state panel on Monday approved almost $8 million in taxpayer money for the Chemours Co., a financially struggling chemicals business spun off from the DuPont Co. The company has not decided whether it will stay in Delaware, however.

The Council on Development Finance voted unanimously to give Chemours a Strategic Fund grant of up to $7.2 million to retain 900 full-time jobs in Delaware through 2020. The panel also approved a capital expenditure grant of up to $695,000 to Chemours for a headquarters project in Wilmington.

Chemours, the former performance-chemicals unit of DuPont, is currently based in DuPont's namesake building and former headquarters, which occupies an entire city block in the heart of downtown Wilmington. Even with the approval of the grants, Chemours is exploring the possibility of moving its headquarters to another state, perhaps Pennsylvania or New Jersey, but would prefer to stay put, Chemours president and CEO Mark Vergnano said after Monday's meeting.

"It's always been our preference, and we're trying to find a way to make it fiscally work for us," Vergnano said. The company hopes to settle on a permanent headquarters site by October, but Vergnano said he'd like a decision to be made sooner.

In an effort to persuade Chemours to stay, and to keep corporate jobs in Delaware following the merger of DuPont and Dow Chemical Co., state lawmakers earlier this year passed a series of corporate income-tax reforms known as the Delaware Competes Act, which Gov. Jack Markell quickly signed.

"I think this sort of rounds out what we've been asking for from the state, and they've delivered," Vergnano said. "They've done exactly what they've promised, and we're happy about that."

But Vergnano told the development finance panel only that obtaining the grant money would put the company "in a position" to keep its headquarters in Wilmington. He said that as Chemours continues to cut costs and establish itself as a stand-alone business, company officials are remaining open to all possibilities.

Bernice Whaley, director of the Delaware Economic Development Office, told the panel that if Chemours were to pull out of Wilmington, the cumulative negative economic impact could total more than a half-billion dollars.

"Obviously, it's DEDO's hope that Chemours will keep its headquarters located in the city of Wilmington," she said.

Chemours recorded a net loss of $90 million last year, compared with net income of $400 million in 2014 as a unit of DuPont.

The company attributed last's year financial skid to a decline in net sales and the impact of various restructuring activities, which resulted in pretax charges of $333 million in employee separation and asset-related charges and $132 million of interest expense, partially offset by related tax benefits of about $150 million.