According to MAPI, this resulted in the loss of 600,000 American manufacturing jobs - 60 percent of the global deficit was with China. 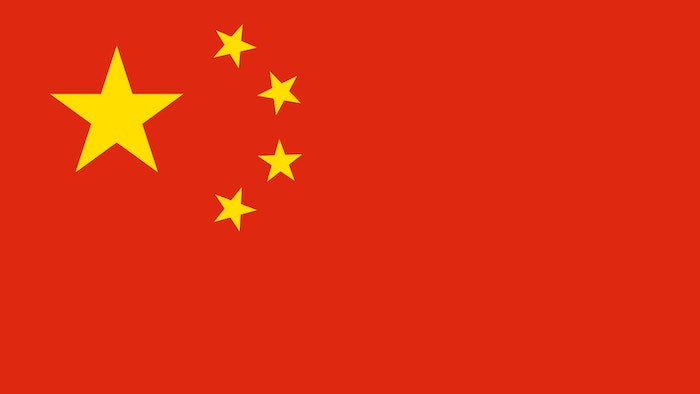 A recent report from the Manufacturers Alliance for Productivity and Innovations shows that the U.S. trade deficit in manufacturing increased by $89 billion, or 16 percent in 2015, to $650 billion. This resulted in a trade-related loss of 600,000 American manufacturing jobs - up from a job loss of 400,000 in 2014. Sixty percent of the global deficit was with China, with U.S. manufactured imports from China 5.8 times larger than U.S. exports to China.

The recorded Chinese trade surplus in manufactures increased by $48 billion, or five percent, but this understates the actual surplus because of over-invoicing of imports to circumvent capital outflow restrictions. China’s actual surplus was $1.1 trillion.

Chinese trade statistics recorded a $59 billion, or three percent, decline in manufactured exports in 2015 - of which $9 billion was iron and steel. A much larger decline of $107 billion, or nine percent, in imports resulted in a $48 billion, or five percent, increase in the trade surplus to $1,046 billion. The large drop in imports reflects the Chinese mercantilist trade strategy to discourage imports and increase the trade surplus so as to bolster sagging domestic demand for manufactures.

These official Chinese trade statistics, however, significantly understate the decline of manufactured imports in the latter months of 2015 and thus also the growth in the trade surplus. The reason is that imports from Hong Kong and into free trade zones in Shanghai and elsewhere have been increasingly over-invoiced as a means of circumventing Chinese restrictions on capital outflow.

The rapid rise of Chinese technology-intensive export industries since 2009 is by far the most important qualitative development in the U.S.–China trade competitiveness relationship. Chinese exports were $1,127 billion, or 50 percent larger than the $752 billion of U.S. exports. Even more disturbing, Chinese trade was in surplus by $357 billion, while U.S. trade was in deficit by $350 billion, and the Chinese surplus has soared by 128 percent since 2009, while the U.S. deficit is up by 166 percent.

The only two industries where the United States maintains a large export lead are road vehicles, centered on the deeply trade-integrated North American automotive industry within NAFTA, dating back to the U.S.–Canada free trade Auto Pact of 1965, and other transport equipment, thanks largely to Boeing. But for road vehicles, the United States had a very large global deficit of $152 billion in 2015.

The Chinese lead in the export of office and data processing equipment, telecommunications and sound recording, and electrical machinery and appliances. Chinese exports for the three industries of $773 billion were 3.6 times larger than the $213 billion of U.S. exports. Chinese exports were in surplus by $302 billion, compared with a U.S. deficit of $227 billion.

For the machinery industries, lChinese exports of $175 billion were larger than the $165 billion of U.S. exports, and again the Chinese surplus of $73 billion compares with a U.S. deficit of $48 billion. On a positive note, for professional and scientific instruments, U.S. exports of $60 billion are slightly higher than the $59 billion of Chinese exports, while the U.S. $8 billion surplus stands in favorable contrast with the $22 billion Chinese deficit.

The deficit of U.S. trade in manufactures with principal trading partners in 2015 is dominated by China, with $387 billion, or 60 percent of the global deficit. Also noteworthy in the Asian context, the three listed members of the Trans-Pacific Partnership (TPP) trade agreement—Japan, Malaysia, and Vietnam—recorded a deficit of $132 billion, or 20 percent of the global deficit, with U.S. imports from Vietnam of $34 billion - nine times larger than the $4 billion of U.S. exports to Vietnam.

The NAFTA trade relationship with Canada and Mexico deserves to be highlighted in view of strong criticism of the deficit with Mexico during recent electoral debates. The $405 billion of exports to NAFTA were more than double the $190 billion to the six listed Asian companies and more than triple the $127 billion to the four EU members.

The full report, with graphs, is available by clicking here.