Associated Press
In this Thursday, Nov. 5, 2015, file photo, salesperson Andrew Montalvo, left, talks to a customer checking out the interior of a 2015 Grand Cherokee Limited in Doral, Fla. Fiat Chrysler is betting the SUV craze is here to stay and drivers around the world will want even more Jeeps. The company said Wednesday, Jan. 27, 2016, it predicts Jeep brand sales will nearly double to 2 million worldwide by 2018. (AP Photo/Alan Diaz, File)
AP

DETROIT (AP) — Fiat Chrysler says the worldwide SUV craze is here to stay, and it's leaning heavily on the Jeep brand to improve its fortunes.

The Italian-American carmaker predicts Jeep sales will nearly double to 2 million worldwide by 2018, fueled by low gas prices and new models. To keep up, Fiat Chrysler plans to cut production of small cars in the U.S. so it can build more Jeeps.

Jeep was the bright spot. Fiat Chrysler sold 1.3 million Jeeps worldwide in 2015, up 21 percent from the previous year. Without Jeep, Fiat Chrysler's sales were lackluster. The company sold 4.6 million vehicles overall, up slightly from 2014.

Fiat Chrysler CEO Sergio Marchionne said the company wants to find a partner to build small cars like the Dodge Dart and Chrysler 200 so it can make more Jeeps at its U.S. plants. Marchionne said Jeep plants are currently running at a pace that is "unsustainable."

Marchionne didn't say which U.S. plants could start making more Jeeps. But last year's contract with the United Auto Workers union promised new vehicles for the Belvidere, Illinois, and Sterling Heights, Michigan, plants that now make the Dart and 200. The Belvidere plant is shut down this week because of slow demand, while the Sterling Heights plant is scheduled to close for six weeks next month.

"Whatever we put in place will deal with demand and unmet demand as we see it today," Marchionne said.

But Fiat Chrysler's revenue slumped by 25 percent in Latin America, hurt by economic weakness in Brazil and Argentina. Revenue also fell 22 percent in Asia, pressured by price competition from Chinese automakers and an interruption in shipments after the Tianjin port explosion.

"Brazil came out of left field and left most of us staring at uncertain market conditions," Marchionne said in a conference call with analysts. "It's very difficult to call the bottom of this market."

A slowdown in demand for imported cars in China was also unexpected, Marchionne said. As a result, the company is refocusing its plans for Alfa Romeo's growth on North America and Europe and away from China. The rollout of new Alfa vehicles will slow, but the company will stick to its plan of offering seven new models, including two utility vehicles, by 2020.

In 2014, Fiat Chrysler set a target of selling 7 million vehicles per year by 2018. On Wednesday, Marchionne shifted away from that volume target and said the focus should instead be on hitting financial targets like revenue and net profit, which were revised upwards.

The 2015 results included Ferrari, which was spun off from its mass-market parent at the start of this year. Ferrari net profit dropped 4 percent last year. 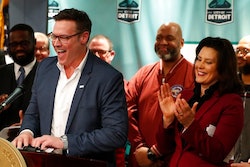 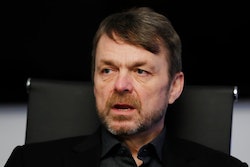 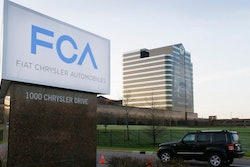