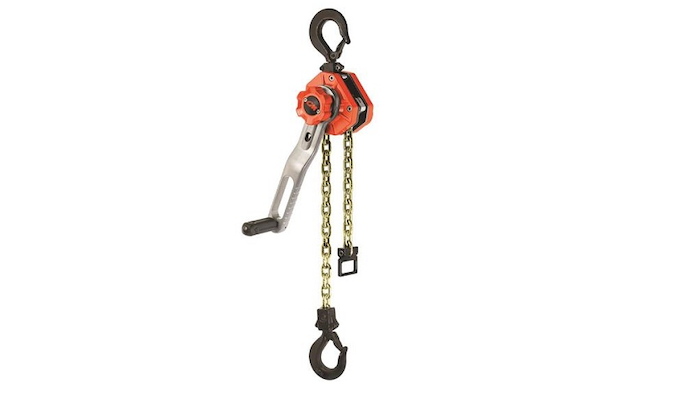 According to Columbus McKinnon Corporation (Getzville, NY), the company has redefined ratchet lever hoists with the introduction of the new CM Tornado 360°, featuring the revolutionary Sidewinder lever handle. Ergonomically designed for increased safety, the patent-pending CM Tornado 360° allows the operator to be more productive with significantly less effort compared to conventional ratchet lever tools. Features include: