It's a known fact -- your computer monitor will eventually wear out and need to be replaced just like your cell phone battery or the tires on your car. So, what can you do to extend or prolong the life of your computer or handheld display? Here is what TAOS suggests.

CRT life is defined as the length of time for which the CRT will operate at a brightness of greater than 50% of its specified brightness and resolution characteristics. Typically CRT life is 10,000-20,000 hours and is directly related to the operating characteristics during the aging process. Factors which contribute to reduced brightness over the life of the CRT include operating brightness levels during use and ambient temperature. The two major factors contributing to the aging process are phosphor aging (reduction in phosphor efficiency) and cathode aging (loss of cathode emission). Other effects besides brightness loss due to phosphor aging and cathode aging include color balance change and loss of focus. Since a color CRT has three guns aging at different rates, the relative contributions of each color will change, resulting in a color balance change. This color change can occur long before the brightness drops in half. As the cathodes age, the electrons may be drawn from surrounding areas on the cathode, resulting in screen defocusing.

A second CRT parameter that affects CRT life is cathode aging. Cathode aging is caused by the reduction of emission of current from the CRT cathode with time. The reduced current causes reduced brightness. The overall effect of cathode aging produces a reduced efficiency similar to phosphor aging. Generally cathode life is the major effect in determining CRT life.

All LCD displays are inherently non-emissive and therefore require illumination from a lighting source. Backlighting is the most common method for transmissive and transflective displays, whereas reflective displays require front lighting. LCD lamps typically last from 20,000-30,000 hours -- significantly more than traditional CRTs.

Reflective LCDs work best in sunlight and do not need powered frontlighting in the presence of bright ambient light. Light from the environment shines onto the display through the LCD and reflects off a mirror to create an image.

In regard to transmissive and transflective displays, backlights serve as the illumination source for LCDs. Transmissive LCDs use a backlight to shine through the LCD to create an image. Transflective LCDs combine reflective and transmissive elements and provide the best readability in a wider range of lighting conditions for indoor and outdoor use.

LCD backlights frequently employ fluorescent lamps. Fluorescent lamps consist of a phosphor coated glass cylinder with cathodes at each end. The cylinder is filled with argon gas and mercury. When the proper current is supplied to the cathodes, an arc is formed in the gas. The arc produces ultraviolet light (UV), which excites the phosphor on the glass. The excited phosphor produces visible light, which is usually white. The color pixels in an LCD are produced by color filters at each subpixel.

Brightness of the backlight is reduced by (1) mercury interactions with the glass, phosphor, and cathodes, (2) light absorbing deposits produced by filament erosion and outgassing, and (3) phosphor damage due to UV. Many of these effects are made worse by high operating currents and excessive brightness. Lamp life depends strongly on the current and is directly proportional to display brightness level. Normally, the LCD manufacturer outlines a recommended lamp current, which profiles the brightness life. The half brightness life is the number of operating hours before the LCD backlight luminance drops below 50% of its initial specification.

TAOS (Texas Advanced Optoelectronic Solutions) is at the forefront of detecting and sensing ambient light to help extend the longevity of the lamp by automatically controlling the display brightness or luminance; in turn, this response lowers the operational current required. Aside from helping extend lamp life, there are other TAOS initiatives that are not fully discussed in this white paper that also yield beneficial results. Battery life savings can also be significantly extended by minimizing the necessary power required to luminate a display under various lighting conditions. In PC notebooks, for example, the display panel and inverter (which delivers the power to the display panel) comprise approximately 33% of the total power consumption. Productivity can also be increased by maintaining and optimizing the brightness level under various lighting conditions. Even though eyestrain is not believed to permanently damage your eyes or cause a loss of vision, it can be very uncomfortable and lead to a loss of productivity.

Unnecessarily over-driving the display with high operating currents and excessive brightness will prematurely degrade the lamp life of a display. Automatically controlling the illuminance to extend lamp life is beneficial in a variety of applications: 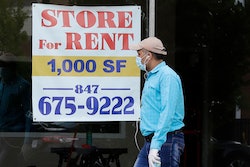