It combines the thermal and a high-definition visible camera images to produce crisp, detailed images that are easy to interpret. 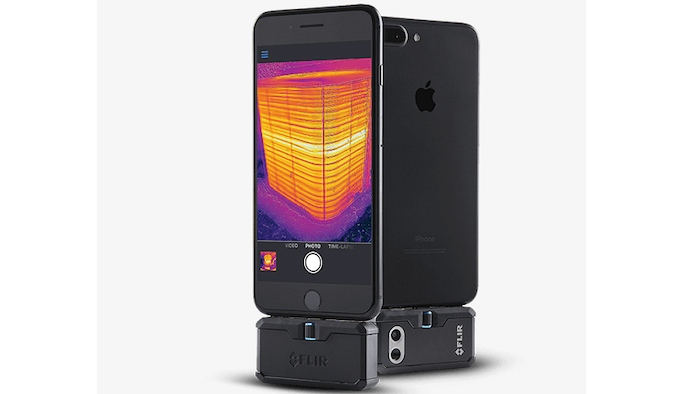 FLIR is also releasing an updated version of the FLIR ONE App, which includes tools such as multiple spot temperature meters, custom onscreen temperature tracking regions, helpful tips for problem solving and use-cases. Smartwatch compatibility with the Apple Watch and select Android smartwatches provides the ability to stream live thermal imagery to see around corners and take images or video from your device.

FLIR ONE Pro LT is available for pre-order worldwide today for iOS, Android (USB-C) or Android (Micro-USB) at www.flir.com/flirone (U.S.) and www.flir.eu/flirone (Europe).