Supplies and domestic prices have improved. 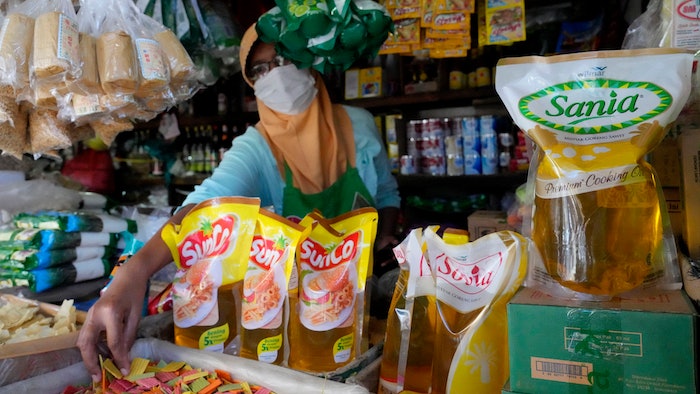 Indonesia and Malaysia are the world’s largest exporters of palm oil, which plays an important role in their economies. They account for 85% of global palm oil production.

Pressure on the global supply of cooking oil has increased because of the war in Ukraine, which accounts for nearly half of the world’s sunflower oil on top of the 25% from Russia.

Palm oil prices went up 200% or higher after Indonesia banned the export of cooking oil and its raw materials to reduce local shortages and hold down skyrocketing prices.

Widodo said in a news conference that his government was planning to lift the ban if the price of bulk cooking oil reached 14,000 rupiah ($0.96) per liter. He said it still has not reached the target but he expects it to drop further in the next few weeks as more palm oil becomes available.

“Based on the current supply and price of cooking oil and considering that there are 17 million workers in the palm oil industry, both working farmers and other supporting staff, I have decided that the export of cooking oil will reopen on Monday, May 23,” Widodo said.

He said that law enforcement agencies are investigating allegations of violations and fraud in the distribution and production of cooking oil.