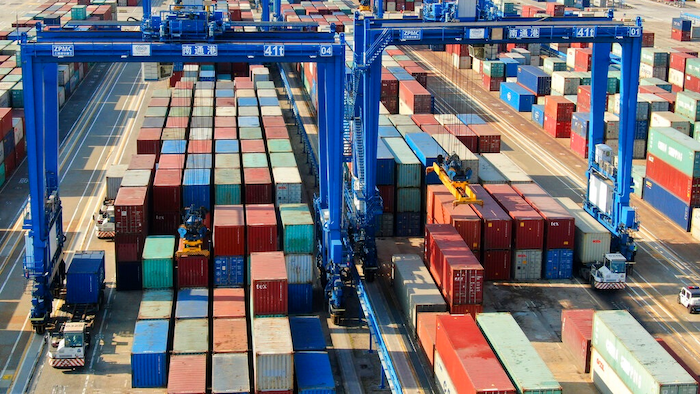 A container port is pictured in Nantong in eastern China's Jiangsu province Monday, Dec. 6, 2021. China's exports rose by double digits in November but growth declined, while imports accelerated in a sign of stronger domestic demand.
Chinatopix via AP

WASHINGTON (AP) — The U.S. trade deficit narrowed to $67.1 billion in October, the lowest in six months, after hitting a record high in September. A big rebound in exports helped to offset a much smaller rise in imports.

The October deficit was 17.6% below the September record of $81.4 billion, the Commerce Department reported Tuesday. The deficit is the gap between what the United States exports to the rest of the world and the imports it purchases from foreign nations.