Oil leaks continued as workers cut the boat into chunks for removal from the ocean. 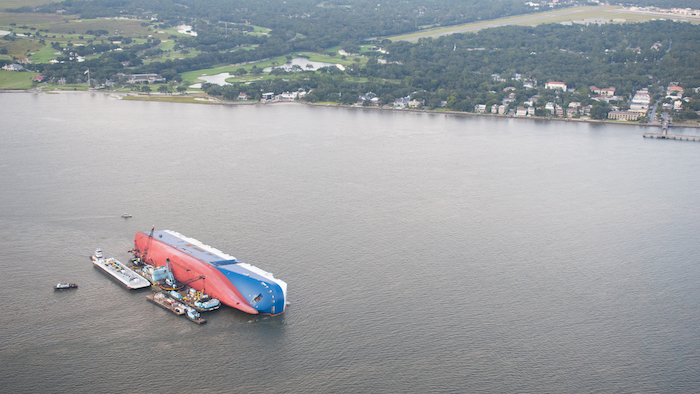 In an order posted Tuesday, the Georgia Environmental Protection Division said that pollutants, petroleum products and debris from the South Korean freighter Golden Ray were discharged into the water.

The ship capsized on Sept. 8, 2019, shortly after departing the Port of Brunswick. But oil leaks continued several months later as workers cut the boat into chunks for removal from the ocean.

Last summer, oil gushed from the wreckage and washed onto the beaches and marsh grasses of St. Simons Island, a popular tourist area.

The South Korea-based firm will have a year to either pay the penalty or submit a plan for a proposed “supplemental environmental project” and obtain a reduced penalty, the agency said.