He posed as an engineer to help cover up a $1 billion Ponzi scheme. 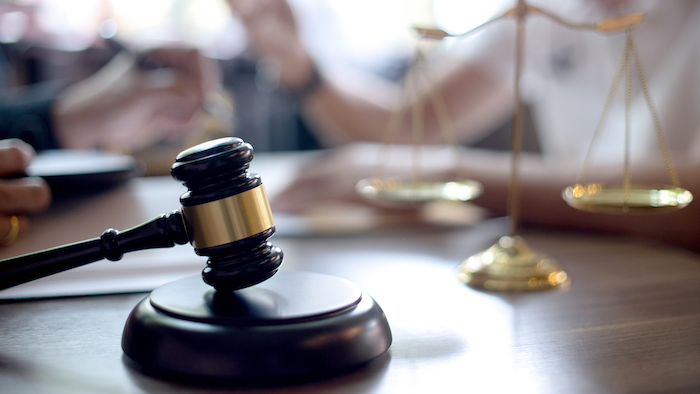 SACRAMENTO, Calif. (AP) — A California electrician was ordered Tuesday to pay $481.3 million in restitution as part of his sentence for participating in a $1 billion Ponzi scheme that suckered Warren Buffett’s Berkshire Hathaway Inc., among many others.

Joseph W. Bayliss, 46, of Martinez, was sentenced to three years in federal prison on top of the restitution.

He was an electrician who prosecutors say was hired by Benicia-based DC Solar to pose as a licensed engineer to inspect new mobile solar generator units that were mounted on trailers.

The company marketed the generators between 2011 and 2018 as being able to provide emergency power for cellphone companies or to provide lighting at sporting and other events.

But the owners started telling investors they could benefit from federal tax credits by leasing the generators back to DC Solar, which would then provide them to other companies for their use, prosecutors say.

The generators never provided much income, and prosecutors say early investors were paid with funds from later investors.

They say Bayliss played a key role in covering up the fact that no new generators were being built. He signed thousands of reports from 2016 to 2018 saying that new generators had been inspected and tested, when he knew that was false and would be used to defraud investors.

For this, he was paid about $1 million.

Prosecutors say he also shuffled vehicle identification numbers between the generators. And in 2018, after investigators served search warrants on the company, they say he went to a company warehouse in Nevada, destroyed at least 1,000 identification stickers and removed another 200 stickers from generators.

His sentencing comes a week after company co-owner Jeff Carpoff was sentenced to 30 years in prison and ordered to pay $790.6 million in restitution.

Carpoff and his wife, who also has pleaded guilty, used the money to buy and invest in 32 properties, more than 150 luxury cars, a subscription to a private jet service, a semipro baseball team, a NASCAR racecar sponsorship and a suite at the new Las Vegas Raiders stadium.

Four others have also pleaded guilty to related offenses and are awaiting sentencing.

Prosecutors wouldn't comment on the chances that Bayliss will pay all or even part of the massive restitution.

But court documents say he owes it jointly with Carpoff. The government already has seized more than $120 million worth of Carpoff's possessions to be used in partial restitution to victims.

So while Bayliss is accountable for the restitution until it’s paid off, others in the case also are accountable.

The results are in: E-Commerce for Manufacturing 101 is a hit. View it on demand now to learn how to measure ecommerce success and how to make it work, even if you're a one-person marketing department. Watch it now.
Nov 30th, 2021