The fine was levied about two months after he was released on parole over a separate corruption case. 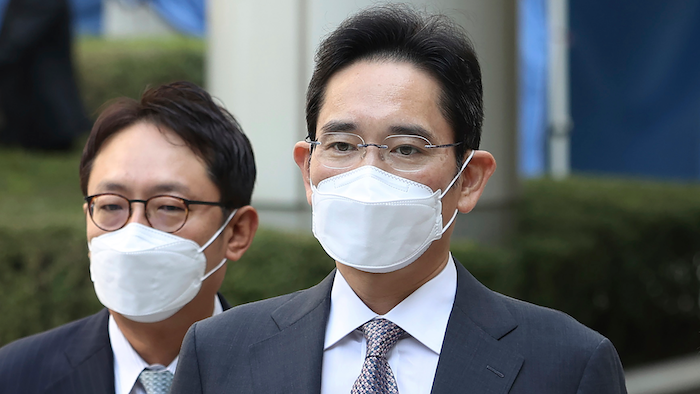 SEOUL, South Korea (AP) — Samsung’s de facto chief Lee Jae-yong was fined 70 million won (about $60,000) on Tuesday for illegally using the anesthetic drug propofol, about two months after he was released on parole over a separate corruption case.

The Seoul Central District Court said it convicted Lee, vice chairman of Samsung Electronics, of violating a law on drug controls. It said Lee was also ordered to forfeit about 10 million won ($8,570).

Lee, who is the third-generation heir of South Korea's biggest company, Samsung, has been involved in a series of corruption cases lately. The company's crown jewel, Samsung Electronics, singlehandedly represents about 20% of South Korea’s entire stock market value and one-fourth of its total exports.

Prosecutors earlier accused Lee of taking propofol at a hospital in Seoul about 40 times for non-medical purposes. Lee’s lawyers said he took propofol in line with a doctor’s prescription, according to the court.

Propofol is used for anesthesia and sedation. Its use gained notoriety in 2009 when pop star Michael Jackson died of a propofol overdose.

In August, Lee was released from prison after serving 18 months of a 30-month sentence for embezzling millions of dollars from corporate funds to bribe then-President Park Geun-hye. The bribery scheme was to ensure Geun-hye's support for a 2015 merger between two Samsung affiliates that tightened Lee's control over the corporate empire.

Lee is also facing a separate court trial over alleged stock price manipulation, auditing violations and other financial crimes related to the 2015 merger.