The factory will produce turbine blades for offshore wind projects around North America. 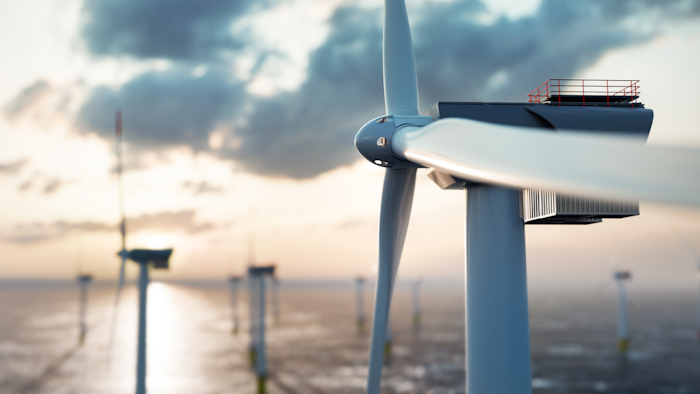 Virginia-based Dominion previously selected the Spanish company as its partner for its $7.8 billion energy generation project 27 miles (43 kilometers) off the coast of Virginia Beach. The Siemens Gamesa factory at the Portsmouth Marine Terminal will produce turbine blades for the Coastal Virginia Offshore Wind Project as well as other offshore wind energy generators around North America.

The factory project includes more than $80 million in investments for buildings and equipment at the terminal, where about 50 new service jobs are expected to support the effort.

“The U.S. offshore market is a critical part of our overall global strategy, with our presence in Virginia playing a crucial and central role,” Siemens Gamesa Offshore Business Unit CEO Marc Becker said in a statement.

Over the next 10 years, building and operating the offshore wind industry will be worth $109 billion to businesses in its supply chain, according to a recent report from the Special Initiative on Offshore Wind. That figure is up from the group's $70 billion estimate just two years ago.

Coastal states are moving to enter or expand their roles in the industry and some have been vying to become supply chain hubs by planning and building onshore support sites for manufacturing wind power components.

In August, Northam announced that Dominion Energy would lease 72 acres of the deep-water, multi-use marine cargo terminal in Portsmouth as a staging and pre-assembly area for the foundations and turbines to be installed off Virginia Beach. The project is expected to provide enough electricity to power 660,000 homes by 2026, Dominion has said.

A two-turbine pilot project is currently operating off Virginia Beach. Federal officials announced the beginning of a review process for the project over the summer.

The Virginia Clean Economy Act sets a target for Dominion Energy to construct or purchase at least 5,200 megawatts of energy through offshore wind by 2034 and to achieve 100% carbon-free energy production by 2045.