The court decided to separate Martin Winterkorn's case from that of four others over health concerns. 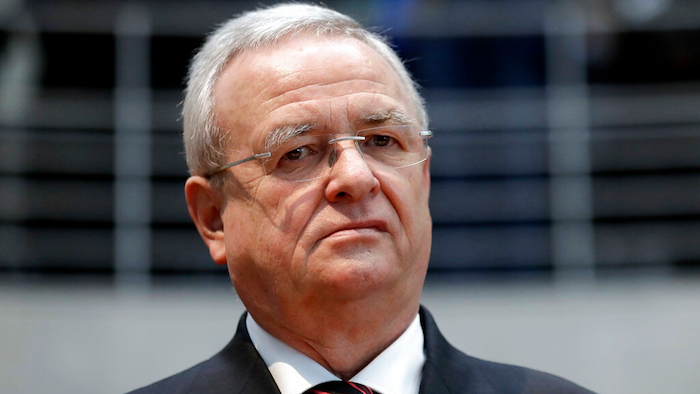 The Braunschweig state court said it decided to separate Winterkorn's case from that of four other defendants, who are set to go on trial Sept. 16 as planned. Proceedings against the 74-year-old Winterkorn will have to follow “at a later date,” it said, adding that it isn't currently possible to give a reliable forecast for when he will be able to face trial.

The court said the move was made necessary by Winterkorn's health situation and a recent operation. The trial had already been delayed twice because of the coronavirus pandemic.

Judges ruled a year ago that Winterkorn must stand trial on the fraud charges. They found that car buyers suffered a financial loss when they bought a car without being aware it was equipped with illegal software.

Winterkorn, who has denied wrongdoing, resigned from Volkswagen days after the U.S. Environmental Protection Agency announced a notice of violation on Sept. 18, 2015.

In a separate case, Winterkorn also faces trial in Braunschweig on charges of market manipulation. He is accused of allegedly knowing about the installation of an illegal “defeat device” in about 500,000 cars on the U.S. market and deliberately failing to inform markets in good time of a “significant financial risk” that had started to materialize in early 2015. He has rejected those accusations.

Winterkorn also faces criminal charges in the U.S. but cannot be extradited. Volkswagen paid more than 30 billion euros ($35 billion) in fines and settlements over the scandal.