VW's luxury brands, Porsche and Audi, both turned in record unit sales for the first half of the year. 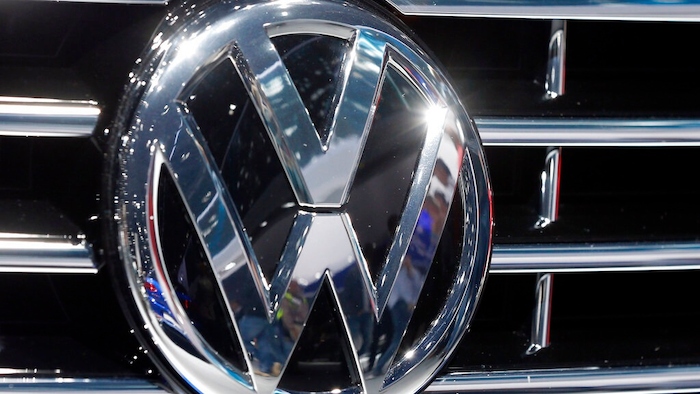 In this Sept. 22, 2015, file photo, the logo of Volkswagen at a car is photographed during the Car Show in Frankfurt, Germany. Luxury brands Audi and Porsche are fattening the bottom line at German automaker Volkswagen. The company's premium brands saw record sales in the first half of the year. That helped the Wolfsburg-based auto giant make more money than it did even before the pandemic. The company made 11.4 billion euros, or $13.5 billion, in the first half of the year.
AP Photo/Michael Probst, File

FRANKFURT, Germany (AP) — Germany's auto industry showed more strong results Thursday as Volkswagen's earnings and profit margins beat pre-pandemic levels and the company raised its profit outlook for the year despite an ongoing shortage of key electronic parts that is plaguing the industry as a whole.

Volkswagen raised its profit outlook for the full year while warning that shortages of semiconductor parts would continue to affect its business, leading the company to lower its forecast for deliveries to customers.

Volkswagen Group earnings were driven by its luxury brands, Porsche and Audi, both of which turned in record unit sales for the first half of the year and saw profit margins in double digits. A strong used car business helped boost profits at the company's financial services division.

Volkswagen's cash pile now stands at 35.0 billion euros ($41.5 billion), money that it can invest in areas that are driving change in the industry, such as battery-powered cars, software and digitally driven services.

“We’re keeping up our high pace, both operationally and strategically, " CEO Herbert Diess said in a statement.

Wolfsburg-based Volkswagen turned in operating returns on sales of 8.8% and raised its profit outlook for the year by half a percentage point to 6.0%-7.5%.