When wages go up, they tend to stay there, unlike the up-and-down vagaries of commodities. 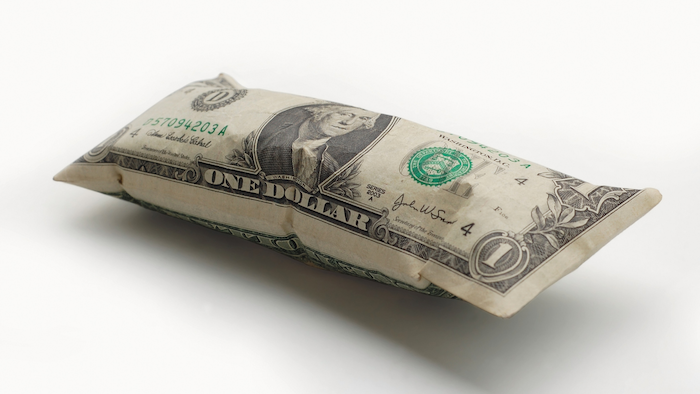 NEW YORK (AP) — Everyone would like to get paid more, but the worry on Wall Street is there could be too much of a good thing.

Wages are going up for workers across many industries as the economy roars out of the recession. And in terms of inflation, which is the bogeyman for investors right now, a big and sustained gain in wages would be even more dangerous than the price spikes already seen for oil and other commodities.

When wages go up, they tend to stay there, unlike the up-and-down vagaries of commodities. Lumber prices have already more than halved, for example, after nearly doubling in the first four-plus months of the year. Few workers would willingly give up all or half of their raises.

That’s why the upcoming monthly report on the job market, due Friday, could be an even bigger deal for markets than it usually is. Besides showing how many people employers hired, it will also detail how much wages are rising for workers across the country.

Economists expect the report to show a 0.4% rise in average hourly earnings in June from a month before. If they’re correct, it would be the first time growth has been that high for three straight months, at least since such records began a little more than 15 years ago.

For now, many investors aren’t that worried. They see wage growth moderating eventually, which would keep a cap on inflation. More people are getting vaccinated, benefits for unemployed workers are getting less generous and reopening schools in the fall will allow parents to return to work. All that should mean employers get more applicants to choose from, easing the pressure to raise pay to fill openings.

Other sources of inflation, meanwhile, such as used cars and building materials, should see prices come down as supply bottlenecks and other constraints clear.

The threat is still real, though. Wage growth so far has been driven mainly by middle- and high-paying industries, such as aerospace products and insurance, according to a review by Morgan Stanley. But that’s been broadening out recently.

Look no further than Chipotle Mexican Grill, which just increased its restaurant wages to an average of $15 per hour. The company raised prices on its menu by roughly 3.5% to 4% to help cover the additional wages.

“We really prefer not to” raise prices, CEO Brian Niccol said at a recent conference hosted by Baird. “But it made sense in this scenario to invest in our employees and get these restaurants staffed and make sure that we had the pipeline of people to support our growth.”

CFO Jack Hartung said he expects others in the industry will have to follow suit. Otherwise, they’ll lose out on workers.

Therein lies Wall Street's fear about wage growth staying high. On the plus side, higher wages gives workers more money to spend, which in turn drives the economy higher. But in one scenario, companies can't raise their own prices enough to cover their higher payrolls and maintain profits. That worries investors because stock prices tend to track with corporate earnings over the long term.

Even if companies can pass higher costs onto customers, it would likely result in a more lasting era of high inflation. That would dash the Federal Reserve’s insistence that higher inflation so far looks to be only a temporary problem, because it’s a result of shortages and other bottlenecks.

Inflation in May hit 3.9%, according to the Federal Reserve’s preferred measure. After ignoring food and energy costs, which can swing sharply from month to month, inflation was at its highest level since 1992.

If inflation ends up more stubborn than expected, the Fed would have to raise interest rates more aggressively than it’s signaled. That in turn would take away one of the major reasons for the stock market’s recent run to records: the hardened belief that “There Is No Alternative” to paying ever-higher prices for stocks when bonds are paying so little in interest. It's become such a ubiquitous belief that it goes by the simple acronym of TINA.

So congratulate your neighbor on that raise, and hopefully yourself on yours as well. Wall Street likely won't.