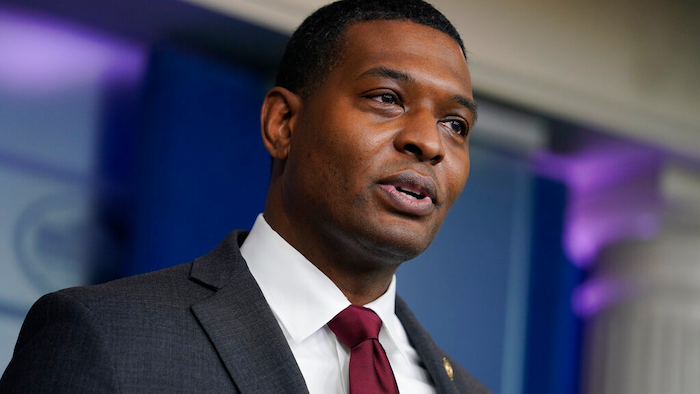 WASHINGTON (AP) — The head of the Environmental Protection Agency said Thursday he has fully reinstated one of two key advisory boards he dismantled earlier this year in a push for “scientific integrity” at the agency.

The new seven-member Clean Air Scientific Advisory Committee features four scientists who have served on the panel previously — including two who were on the board when it was dismantled in March. The five women and two men on the panel include three people of color, making it the most diverse panel since the committee was established more than 40 years ago.

“From the very beginning of my tenure, I have committed to ensuring that science is restored as the backbone of everything EPA does to protect people and the environment from pollution,” EPA Administrator Michael Regan said in a statement. The new advisory panel will provide “credible, independent expertise to EPA’s reviews of air quality standards that is grounded in scientific evidence,'' he said.

Regan has said that advisers appointed under the Trump administration were overly friendly to business, adding that his March 31 “reset” of the clean-air panel and the Science Advisory Board would return EPA to its practice of relying on advice from a balanced group of experts.

Regan’s overhaul removed more than 45 members of the two advisory boards, including some whose terms do not expire this year. The panels provide scientific expertise and recommendations for air quality standards and other policies intended to protect public health and the environment.

The new chair of the clean-air committee is Lianne Sheppard, a professor in environmental and occupational health sciences and biostatistics at the University of Washington. Sheppard, who has expertise in epidemiology, biostatistics and exposure assessment, served on the committee from 2015 to 2018.

Other members include James Boylan, an air protection official with the Georgia Department of Natural Resources. Boylan served on the panel under President Donald Trump and was on the committee when it was dismantled, along with Dr. Mark Frampton, a physician and professor emeritus in medicine at the University of Rochester Medical Center.

Judith Chow, a professor in atmospheric sciences at the Nevada=based Desert Research Institute, served on the panel from 2015 to 2018.

Members of the much larger Science Advisory Board have not been selected. Both panels pay stipends to members for their service.

Republican Reps. James Comer of Kentucky and Ralph Norman of South Carolina have criticized Regan for what they say was an unwarranted “purge” based more on politics than science. Comer is the senior Republican on the House Oversight Committee, while Norman is the top Republican on the panel’s environment subcommittee.

Democrats have said a 2017 decision by Trump’s first EPA administrator, Scott Pruitt, to remove many academic scientists from the advisory panels tilted them in favor of the chemical and fossil fuel industries. Pruitt barred scientists from serving on the advisory boards if they had received EPA research grants. Pruitt later resigned amid ethics scandals but his policies were largely continued under his successor and former deputy, Andrew Wheeler.