The idea is backed by the Biden administration but opposed in other wealthy countries with strong pharmaceutical industries. 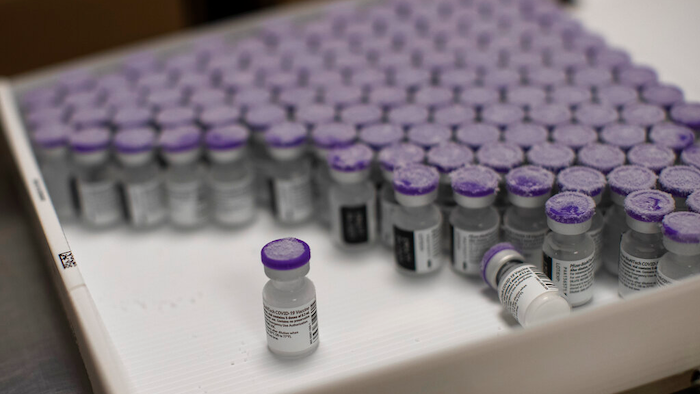 GENEVA (AP) — Envoys from World Trade Organization member nations are taking up a proposal to ease patents and other intellectual property protections for COVID-19 vaccines to help developing countries fight the pandemic, an idea backed by the Biden administration but opposed in other wealthy countries with strong pharmaceutical industries.

On the table for a two-day meeting of a WTO panel opening Tuesday is a revised proposal presented by India and South Africa for a temporary IP waiver on coronavirus vaccines. The idea has drawn support from more than 60 countries, which now include the United States and China.

Some European Union member states oppose the idea, and the EU on Friday offered an alternative proposal that relies on existing World Trade Organization rules. The 27-nation bloc said those rules currently allow governments to grant production licenses — such as for COVID-19 vaccines or therapies — to manufacturers in their countries without the consent of the patent holders in times of emergency.

At stake in the meeting is whether the various sides can move toward drawing up a unified text, a key procedural step that could unlock accelerated negotiations. Inside observers cautioned, however, that a major breakthrough was not expected.

Even optimistic supporters acknowledge an IP waiver could take months to finalize because of solid resistance from some countries and WTO rules that require consensus on such decisions -- meaning a single country among the 164 members could scuttle any proposal. Even if adopted, ratification would also take time.

Advocacy groups, emboldened by the support the United States announced last month, have increasingly pushed the plan and insisted it would not be as difficult to carry out as detractors would say.

Pharmaceutical companies insist that an IP waiver could dampen the incentive for researchers and entrepreneurs to innovate and say vaccine-sharing by rich countries would be a much faster way to get shots to health workers and at-risk populations in the developing world.

The World Health Organization has repeatedly inveighed against unequal access to vaccines, noting that rich countries scooped up supplies well in excess of the need of their own populations while developing countries have obtained only a small fraction of the doses so far distributed and injected worldwide.