The patented device, invented a century ago, is more functional than previously realized. 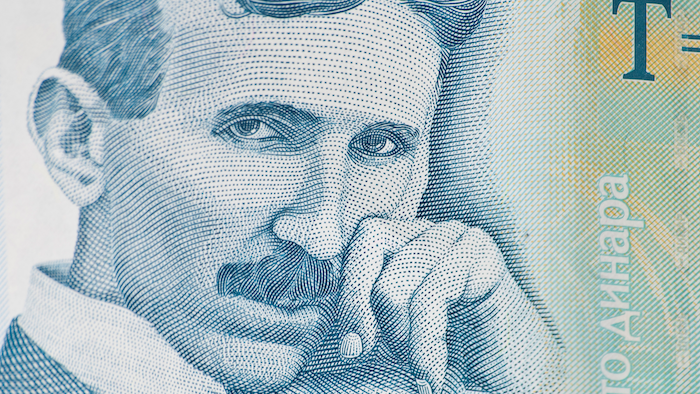 A valve invented by engineer Nikola Tesla a century ago is not only more functional than previously realized, but also has other potential applications today, a team of researchers has found after conducting a series of experiments on replications of the early 20th century design.

Its findings, reported in the journal Nature Communications, suggest that Tesla's device, which he called a "valvular conduit," could harness the vibrations in engines and other machinery to pump fuel, coolants, lubricants, and other gases and liquids.

Now known as the Tesla Valve, the patented device has inspired strategies for directing streams within flow networks and circuits.

"It's remarkable that this 100-year-old invention is still not completely understood and may be useful in modern technologies in ways not yet considered," explains Leif Ristroph, an associate professor in New York University's Courant Institute of Mathematical Sciences and the paper's senior author. "While Tesla is known as a wizard of electric currents and electrical circuits, his lesser-known work to control flows or fluid currents was truly ahead of its time."

Comparison of flows in the reverse direction (right to left) at three different speeds. The water current is visualized with green and blue dyes, showing that the flows are increasingly disrupted at higher speeds.NYU Applied Mathematics Laboratory

The Tesla Valve--a series of interconnected teardrop-shaped loops--was designed to pass flows of fluid in only one direction and with no moving parts. The device provides a clear path for forward flows, but the route is slower for reverse flows--but this latter drawback in fact points to a potential, unrealized benefit in circumstances when flows need to be controlled rather than unleashed.

To understand the valve's functionality, Ristroph and his co-authors, Quynh Nguyen, an NYU physics graduate student, and Joanna Abouezzi, an NYU undergraduate at the time of the research, conducted a series of experiments in NYU's Applied Mathematics Lab. Here, they replicated the Tesla Valve's design and subjected it to tests that measured its resistance to passing flow in the two directions.

Overall, they found that the device responds a bit like a switch. At low flow rates there is no difference in resistance for forward and reverse flows, but above a certain flow speed the device abruptly "turns on" and significantly checks or resists reverse flows.

"Crucially, this turn-on comes with the generation of turbulent flows in the reverse direction, which 'plug' the pipe with vortices and disrupting currents," explains Ristroph. "Moreover, the turbulence appears at far lower flow rates than have ever previously been observed for pipes of more standard shapes--up to 20 times lower speed than conventional turbulence in a cylindrical pipe or tube. This shows the power it has to control flows, which could be used in many applications."

In addition, they found that the valve works even better when the flow is not steady--when it comes in pulses or oscillations, which the device then converts into smooth and directed output flow. This pumping action mimics the AC-DC converters that transform alternating current to direct current.

"We think this is what Tesla had in mind for the device, since he was thinking about analogous operations with electrical currents," observes Ristroph. "He in fact is most famous for inventing the AC motor as well as an AC-DC converter."

"Tesla's device is an alternative to the conventional check valve, whose moving parts tend to wear out over time," Ristroph explains. "And now we know it is very effective at mixing, and it could be used to harness the vibrations in engines and machinery to pump fuel, coolant, lubricant, or other gases and liquids."