China Fires Back After US Trade Remarks

Beijing accused the U.S. of "coercive diplomacy" after a dialogue between Secretary of State Antony Blinken and his Australian counterpart. 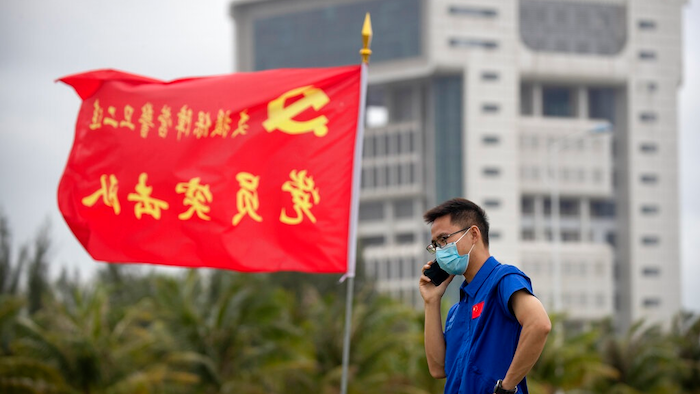 BEIJING (AP) — China on Friday accused the United States of “coercive diplomacy” following comments by Secretary of State Antony Blinken to his Australian counterpart that the U.S. “will not leave Australia alone on the field — or maybe I should say ‘alone on the pitch’ — in the face of economic coercion by China.”

Hua said China’s telecommunications and other high-tech industries are now falling victim to U.S. “economic coercion,” an apparent reference to firms including Huawei and ZTE that have faced U.S. restrictions.

“Coercive diplomacy is a specialty of the United States, which has provided the world with classic textbooks and cases of coercive diplomacy through its policies and actions," Hua said at a daily briefing.

“There are now a growing number of people in the United States who are calling for strengthened dialogue and cooperation with China and urging the two countries to work toward each other to improve relations. They believe that a healthy, stable and sustained U.S.-China relationship is in the interest of the people of both countries," she added.

Like the United States and China, Australia and China are in the midst of several major disputes as Beijing seeks to apply pressure over commerce and influence.

In their Thursday meeting, Blinken told Australian Foreign Minister Marise Payne the United States and Australia are bound together by deeply held shared values that no other nation, including China, can uproot.

Both said that presenting a united front toward China is key and called for a more thorough and complete investigation into the origin of the coronavirus pandemic that emerged in China in 2019.

China-Australia relations have plunged to a multi-decade low, with Beijing blocking imports of Australian coal, wheat and other goods over the past year. But it has failed to force Prime Minister Scott Morrison’s government to offer concessions.

Australia decided in April to cancel two deals signed by the state of Victoria with China’s multibillion-dollar “Belt and Road” construction initiative.

Beijing warned then it might respond, which it did by suspending the China-Australia Strategic Economic Dialogue, accusing Australia of abusing “so-called national security reasons to severely restrict and suppress economic and cultural cooperation projects.”