All automakers have suffered because of the pandemic, although some have proved more resilient than others. 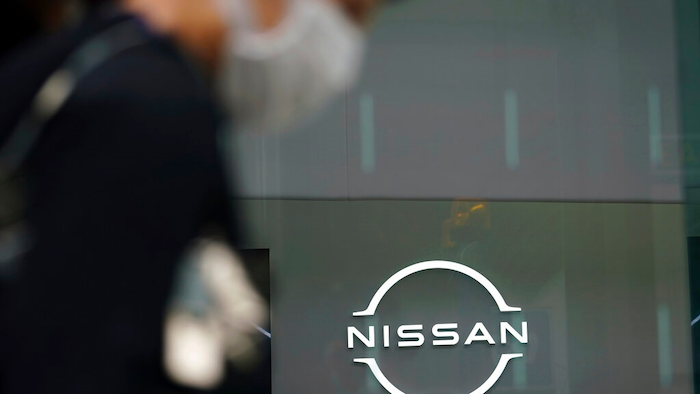 A man wearing a face mask to to help curb the spread of the coronavirus walks by the logo of Nissan seen at the automaker's showroom in Tokyo Tuesday, May 11, 2021. Nissan reduced its losses for January-March, compared to last year, as restructuring efforts kicked in, despite the sales damage from the coronavirus pandemic, the Japanese automaker said Tuesday.
AP Photo/Eugene Hoshiko

TOKYO (AP) — Nissan reduced its losses in the January-March quarter as restructuring efforts kicked in, despite damage to sales from the coronavirus pandemic, the Japanese automaker said Tuesday.

Nissan Chief Executive Makoto Uchida forecast a recovery in this fiscal year, which began April 1. All automakers have suffered because of the pandemic, although some have proved more resilient than others.

“Despite very harsh conditions, we are definitely moving in the right direction,” he said in an online news conference.

“Along with all our global workers passionately tackling our restructuring efforts, we will bring back a glorious Nissan.”

Vehicles sales are expected to rise in North America, Japan and China, the company said.

The maker of the Leaf electric car and Infiniti luxury models reported an even bigger loss of 671 billion yen in the year before.

“There is continued business risk due to semiconductor supply shortages and raw material price hikes in this fiscal year,” the company said in a statement.

Uchida said the Rogue crossover was doing well in the U.S. market, while new models were in the works worldwide, including electric vehicles.

The Yokohama-based manufacturer has seen its brand tarnished by a high-profile scandal involving its former Chairman Carlos Ghosn, who was sent in by alliance partner Renault in 1999 to lead Nissan.

Ghosn was arrested in late 2018 on charges of under-reporting his future compensation. He fled to Lebanon while out on bail in late 2019. Ghosn says he is innocent.