But the company stopped short of outright rejecting it. 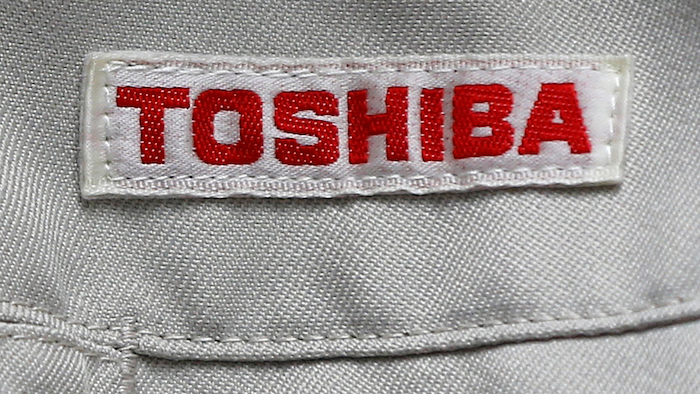 TOKYO (AP) — Toshiba Corp. on Tuesday brushed off a fresh missive from CVC Partners about the global fund’s proposal to acquire the Japanese manufacturer, though it stopped short of outright rejecting it.

Toshiba said that a letter from CVC that it received Monday was “not possible to evaluate.”

Tokyo-based Toshiba said the letter did not provide necessary details such as CVC’s capital structure or post-acquisition management policies and an assurance of compliance with local and foreign laws and regulations. But the Japanese technology and energy giant did not rule out the offer, estimated to be worth 2 trillion yen ($18 billion).

Toshiba earlier said the CVC's initial proposal to take the company private was not viable, though it promised to review it.

The latest letter “contained no specific and detailed information capable of detailed evaluation: it merely stated that CVC would step aside to await our guidance as to whether a privatization of Toshiba would suit management’s and the Board of Directors’ strategic objectives," the Toshiba statement said.

The company has been struggling for years, saddled with its problem-laden nuclear power operations. It has sold its lucrative flash memory business to raise cash.

Nobuaki Kurumatani resigned as Toshiba president last week, citing personal reasons he did not detail. He worked at CVC in Japan before taking his post as Toshiba's chief executive in 2018.

Some questions had been raised, both within and outside Toshiba, about the propriety of Kurumatani leading the board discussions on the proposed acquisition.

CVC, a European private equity firm based in Luxembourg, has committed nearly $162 billion in funds, managing more than 300 investors.

The Toshiba statement said it was starting a new review of measures to increase its value and planned to appoint advisers to improve the transparency of its decision making.