Opposition to the new legislation has been increasing and it's coming from sources that historically have steered clear of public statements related to politics. 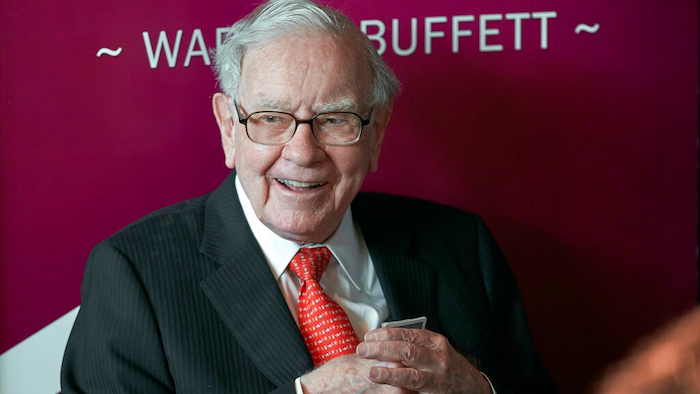 In this May 5, 2019, file photo Warren Buffett, Chairman and CEO of Berkshire Hathaway, smiles as he plays bridge following the annual Berkshire Hathaway shareholders meeting in Omaha, Neb. A multitude of big-name businesses and high-profile individuals, including Buffett, Amazon and Facebook are showing their support for voters’ rights. In a letter published in The New York Times, the group stressed that Americans should be allowed to cast ballots for the candidates of their choice. “For American democracy to work for any of us, we must ensure the right to vote for all of us,” they wrote.
AP Photo/Nati Harnik, File

The pushback against new voting bills and laws in numerous states is growing with dozens of nation's largest corporations and business leaders signing a new statement objecting to “any discriminatory legislation."

Signatories to the letter, published Wednesday in The New York Times, include Amazon, American Airlines, Bank of America, Google and Best Buy, as well as hundreds of business and civic leaders such as Warren Buffett and Michael Bloomberg.

“We all should feel a responsibility to defend the right to vote and oppose any discriminatory legislation or measures that restrict or prevent any eligible voter from having an equal and fair opportunity to cast a ballot," the letter reads.

Opposition to the new legislation has been picking up momentum and it's coming from sources that historically have steered clear of public statements related to politics.

Over the weekend more than a hundred top executives and corporate leaders gathered online to discuss their response to restrictive voting laws under consideration in several states and already enacted in Georgia. Media reports indicate the statement put out Wednesday was discussed during the weekend meeting. It comes after 72 Black executives signed a similar statement last month in the wake of changes to Georgia’s voting laws.

This week, the leaders of three-dozen major Michigan companies, including General Motors and Ford, objected to Republican-sponsored election bills that would make it harder to vote in Michigan and other states.

More than 350 different voting bills are under consideration in dozens of states, according to a tally from the Brennan Center for Justice, a public-policy think tank. On Tuesday Arkansas was among the latest to approve changes to its election laws, including restrictions on outside polling places and on absentee ballots.

The pushback against such laws elicited a warning from Senate Republican leader Mitch McConnell this month, who said it’s “quite stupid” for corporations to speak out against the Georgia voting law. He told big business to stand down as Congress delves into President Joe Biden’s infrastructure package and other issues.

The warning does not appear to have dissuaded dissenters, many of whom have been loyal donors to Republican political campaigns.

“Voting is the lifeblood of our democracy and we call upon all Americans to join us in taking a nonpartisan stand for this most basic and fundamental right of all Americans,” the letter read on Wednesday.