Cael Arbogast, 13, named the supercomputer that will be used to study phenomena including climate change, severe weather, wildfires and solar flares. 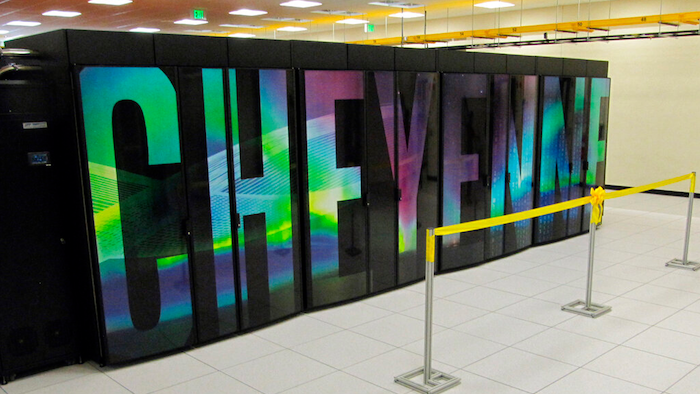 CHEYENNE, Wyo. (AP) — A Wyoming middle school student has won a contest to name one of the world's fastest supercomputers.

The new machine will be named “Derecho,” after a type of weather event that can bring hurricane-force winds and heavy rains, the Boulder, Colorado-based National Center for Atmospheric Research announced Monday.

Riverton Middle School eighth-grader Cael Arbogast, 13, submitted the winning name for the supercomputer that will be used to study phenomena including climate change, severe weather, wildfires and solar flares. It will be housed at the NCAR-Wyoming Supercomputing Center on the outskirts of Cheyenne.

“I picked this name because a derecho is an intense, widespread, and fast-moving windstorm that travels long and great distances, bringing many storms with it,” Cael wrote with his submission. “This new supercomputer has to move at fast speed for everybody to use all across the country."

Houston-based Hewlett Packard Enterprise won a bid to provide the $35 million to $40 million replacement machine for the supercomputing center, the National Center for Atmospheric Research announced in January.

The HPE-Cray EX supercomputer will likely rank among the world’s 25 fastest when it goes into operation in 2022. It will have a theoretical maximum speed of almost 20 quadrillion calculations per second, 3.5 times faster than the center's current supercomputer, according to NCAR.

The center opened in 2012 and has aided the work of thousands of researchers from hundreds of universities and other institutions around the world.

The facility’s existing supercomputer, named Cheyenne, is over three times faster than its predecessor, which was named Yellowstone.