U.S. Treasury Secretary Janet Yellen has urged the adoption of a minimum global corporate income tax, citing a "30-year race to the bottom." 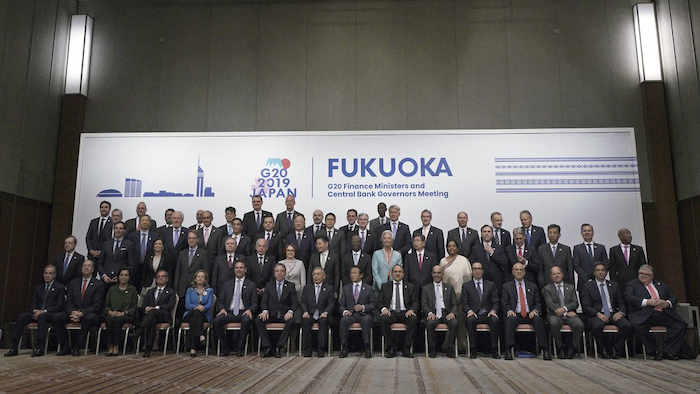 MILAN (AP) — Italy's finance minister said Wednesday that Group of 20 advanced economies hope by a ministerial meeting in July to have reached an agreement on international taxation, an issue being pressed by U.S. Treasury Secretary Janet Yellen.

While international taxation reform has been in discussion for several years, Finance Minister Daniele Franco said there has been an "acceleration in the process" this year. "It has been said that this is possibly the most ambitious work on taxation in a multilateral setting,'' he said.

Yellen last week urged the adoption of a minimum global corporate income tax, citing a "30-year race to the bottom" in which countries have slashed corporate tax rates in an effort to attract multinational businesses. She said the Biden administration would work with the other advanced economies of the G-20 to set a minimum.

Yellen stressed that competitiveness is about ensuring governments have stable tax systems and revenue to "invest in essential public goods." The discussions are focused on two pillars of global international taxation: The fair allocation of profits among different countries where multinationals operate, and the global minimum effective tax rate, Franco said.

"The G-20 is committed to reaching an agreement, hopefully we expect it to take place in July," when economy and finance ministers are scheduled meet in Venice, he said. Italy last December took over the rotating presidency of the G-20, an international forum bringing together major economies that cumulatively account for more than 80 percent of the world's GDP.

Economy and finance ministers will check in on progress on issues in Venice, and a global summit is planned for October. Climate change and tax policy are on the agenda for July.