Wall Street is focused on the huge turnaround it sees beginning. 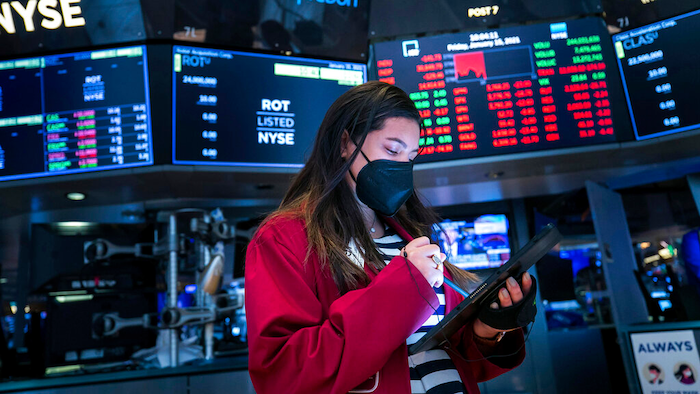 NEW YORK (AP) — Are better days ahead for corporate profits? They'd better be.

CEOs across America have begun telling shareholders how much profit their companies made during the last three months of 2020, just as the worsening pandemic sent death rates soaring. The general expectation is for nothing heroic. Earnings for the big companies in the S&P 500 likely fell 7% from a year earlier, according to FactSet.

Over the long term, stock prices tend to track the path of corporate profits. And stock prices sometimes rise much faster than profits, particularly when interest rates are low, as they are now. But stocks surged to records in 2020 even as profits plunged due to the pandemic.

Investors will likely give CEOs another pass if they do turn in a fourth-straight quarter of profit declines over the next few weeks. That's because Wall Street is focusing instead on the huge turnaround it sees beginning.

After getting blindsided by the COVID-19 pandemic in 2020, the economy will hopefully right itself this year as more stimulus flows from Washington and as coronavirus vaccinations return daily life closer to normal. Analysts forecast S&P 500 earnings will grow in the first three months of 2021 by roughly 17%, before accelerating to 46% growth in the spring. For the full year, analysts expect profits for S&P 500 companies to jump 22.5%.

By several measures stocks are now valued at their most expensive since the dot-com bubble popped in 2000.

Some of the bubble talk could cool if things pull closer to normal, with earnings rising more than stock prices in 2021. That would temper some of the extreme valuations. And that’s exactly what much of Wall Street is forecasting for this year, with the S&P 500 likely rising much less than earnings.

That's why, when CEOs report their companies' results in upcoming weeks, investors will likely pay more attention to the forecasts they give for 2021 than the actual results.

Some CEOs have already made comments that bolster enthusiasm for a coming recovery.

While reporting the biggest annual loss in its history, Delta Air Lines said it expects to bring in as much cash as it spends by the spring. That's a huge turnaround for a company that was burning through $12 million a day during the last three months of 2020 and $100 million daily at the end of March.

The airline said it expects conditions to remain rocky early in the year, but it's looking for business to pick up as COVID-19 vaccinations become widespread, offices reopen and travelers start to feel more confident.

The crystal ball is also brightening at several big banks, who are no longer squirreling away as much money to cover loans that a long downturn could force to go bad. Bank of America said Tuesday that it's freeing up $828 million, for example. Last week, JPMorgan Chase released $2.9 billion.