Players and coaches had raised concerns about their performance. 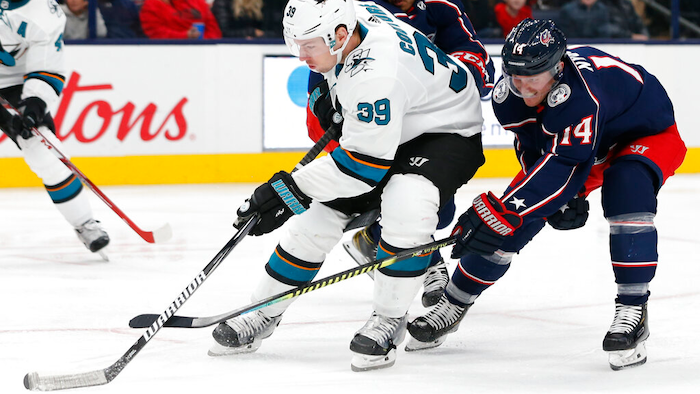 The NHL is temporarily ditching microchipped pucks six days into the season after concerns were raised about their performance.

The league announced games from Tuesday night on would be played with pucks made for last season. A review showed the first supply of pucks used for tracking weren’t finished the same way as those from the playoffs, when player and puck tracking made its debut in the conference finals.

The first 44 games this season were played with the “tracking” pucks that players and coaches could tell were a little off.

“I was aware that the NHL was using a different puck,” Philadelphia Flyers coach Alain Vigneault said. “I thought a couple times it didn’t slide as well on the ice. We didn’t know if that was the puck or the ice surface.”

Deputy Commissioner Bill Daly said before the season that all 31 arenas were equipped with the necessary puck and player technology. Player tracking will continue.

The NHL expects new tracking pucks to be available soon and put back into play after undergoing testing.

“I’m sure that they’ll figure it out here,” Vigneault said. “It’s early in the season, and they’ll do the right thing.”

Puck and player tracking has been in the works for years as a way to provide additional data, enhance broadcasts and add another element of hockey for bettors to gamble on. So far, TV has been the only home for that information with NBC Sports executive producer Sam Flood saying the network was “all in” on trying to capitalize on the technology and translate it for viewers.

It's unclear exactly when puck tracking will return or when stats like players' skating speed will be available to the public.