The automaker has been operating in the South American country since 1919. 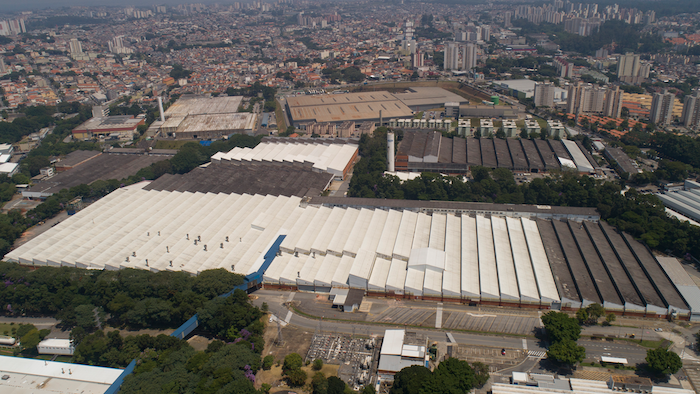 SAO PAULO (AP) — Ford Motor Co. said Monday it will close three plants in Brazil and stop producing automobiles in the South American country where it has been operating since 1919. The company said in a statement it will cease production immediately at the factories "as the COVID-19 pandemic amplifies persistent industry idle capacity and slow sales that have resulted in years of significant losses."

Unions of two units that will be closed said around 4,800 workers between them are affected. The automaker also said it will keep its South America headquarters, product development center and proving grounds in Brazil.

"With more than a century in South America and Brazil, we know these are very difficult, but necessary, actions to create a healthy and sustainable business," said Jim Farley, Ford president and CEO. "We are moving to a lean, asset-light business model by ceasing production in Brazil and serving customers with some of the best and most exciting vehicles in our global portfolio."

Ford's decision is yet another blow to Brazil, whose economy has suffered since 2014, sinking further amid the pandemic. The country's unemployment rate is nearing 15 percent, a figure that economists consider to be largely underestimated. Ford also said its Brazilian clients will have their needs met with cars sourced from Argentina, Uruguay and other regions.

Ford's decision caused political stir in Brazil. The country's lower house Speaker Rodrigo Maia said on Twitter that the closings are "a sign of the lack of credibility of the Brazilian government. Fabio Wajngarten, the communications secretary of President Jair Bolsonaro, said also on Twitter that Ford's decision "has nothing to do with Brazil's political, economic and legal situation."

"Who says otherwise is lying and wants the spotlight," he said.

Figures of the association of automakers in Brazil said Ford ended 2020 as the fifth highest selling company of the sector, with a market share of seven percent.