Betting on the Drone Racing League is legal in four states, with additional approvals pending. 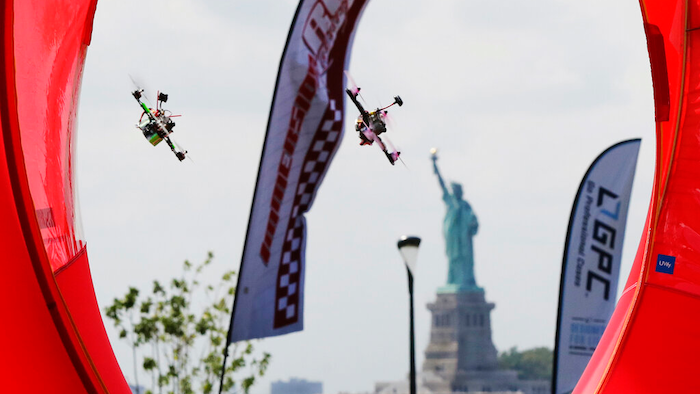 ATLANTIC CITY, N.J. (AP) — In the “gamblers will bet on absolutely anything” category, here's a new one: A major sports book is taking bets on aerial drone races.

DraftKings said Friday it is taking bets for this weekend's championship of the Drone Racing League, in which pilots fly aerial drones in races.

“The sky is now the limit for DRL fans to get skin in the game, and we’re thrilled to partner with DraftKings to transform our high-speed race competition into the ultimate sport to bet on,” Drone Racing League President Rachel Jacobson said. “The opportunity for us to elevate our engagement through all forms of gaming and gambling will only increase as mobile betting becomes more adopted across the country.”

The sports book and the league are hosting “pre-flight shows” Friday night on Twitter ahead of the live events, in which expert sports bettors and top drone pilots will educate fans on how to participate.

Jacobson said its races are all virtual this year, taking place in a simulation in which real-life drone physics are incorporated. But is also hosts live drone racing in venues that have included Hard Rock Stadium in Miami Gardens, Florida; Alexandra Palace in London, and an auto-museum in Munich.

DraftKings says there's a market for this. It offered free-to-play contests on drone races last year to gauge interest in the activity, and the response was 30% higher than usual for a new sport introduced to the betting platform. There have been more than 150,000 entries into these free contests so far.

As is the case with major sports including football, baseball and basketball, gamblers will be able to make bets before the races as well as during them.

DraftKings said consumer research has shown that drone racing fans are three times more likely to place a bet than fans of major sports leagues, and are 90% more likely to be interested in sports betting in general than the average sports fan.

The drone league is a privately owned New York company founded in 2015. It has held events in six countries.