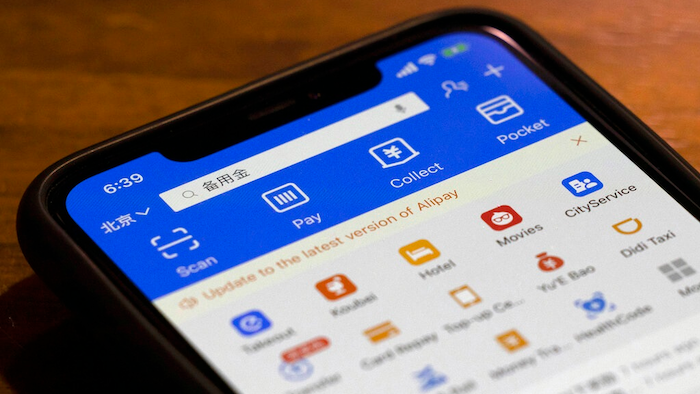 This July 20, 2020, file photo, shows, the app for Alipay, the mobile payments service operated by Ant Group, on a smartphone in Beijing. President Donald Trump has signed an executive order banning transactions with eight Chinese apps, including Alipay and WeChat Pay. However, the order goes into effect after President-elect Joe Biden takes office, so the order's ultimate fate is unclear.
AP Photo/Ng Han Guan, File

President Donald Trump has signed an executive order banning transactions with eight Chinese apps including Alipay and WeChat Pay in an escalation of a trade war that has been unfolding through most of his term.

The order, however, goes into effect in 45 days, nearly a month after Joe Biden will be inaugurated as the next president, so the fate of Trump's action is unclear.

The orders follow two others Trump signed in August banning dealings with the popular video app TikTok as well as the main WeChat messaging app. The fate of those apps in the U.S. is still unclear, and with just 15 days left until Inauguration Day, it will likely fall to Biden to deal with them — or not. The same goes for Tuesday's executive order.

A representative for Biden's office did not immediately return a message for comment Tuesday.

Alipay is a widely used digital wallet that is part of the empire of e-commerce billionaire and Ant Group founder Jack Ma. WeChat Pay is a rival service operated by tech giant Tencent. The others named in the order are CamScanner, QQ Wallet, SHAREit, Tencent QQ, VMate and WPS Office.

Trump's order cites unspecified concerns about the apps collecting Americans' personal and financial information and turning it over to China’s communist government.

The order marks the Trump administration’s latest attempt to hobble China, a rising economic superpower. Over the past several years, it has lashed out at China with tariffs that have sometimes roiled the U.S. stock market, blocked mergers involving Chinese companies and stifled the business of Chinese firms like Huawei, a maker of phones and telecom equipment.

China-backed hackers, meanwhile, have been blamed for data breaches of U.S. federal databases and the credit agency Equifax, and the Chinese government strictly limits what U.S. tech companies can do in China.

But dealing with the fallout from Trump's latest shot at China could still create more headaches for Biden on top of the ongoing efforts to fight a worsening pandemic after he takes office.

Senior Trump administration officials indicated they hadn’t consulted with the president-elect’s team before issuing the latest effort to ban more China apps. They described the apps as instruments for a communist government bent on “digital totalitarianism.”

When reporters asked why the administration was only taking these steps now with the Trump presidency down to its final two weeks, one official said the executive action should have probably been taken years ago, “but better late than never.” The officials spoke on condition of anonymity because they were not authorized to discuss the executive action publicly.

National Security Adviser Robert C. O’Brien framed the order as part of Trump’s ongoing effort to “prioritize the safety and security of the United States homeland and the American people.”

Trump’s tariffs and orders against China have raised recurring fears among U.S. tech companies and their stockholders that China’s government will retaliate by making it more difficult to do business in the world’s most populous country. If that were to happen, among those that could be particularly hard hit is Apple, which generated $40 billion in sales in China in its last fiscal year — making it the iPhone maker’s third largest market behind the U.S. and Europe.

Despite the worries of a backlash, Apple has emerged largely unscathed from Trump’s battel with China, enabling it to boost its market value above $2 trillion amid the pandemic.