The tech giant suggested it won't be negotiating directly with the union. 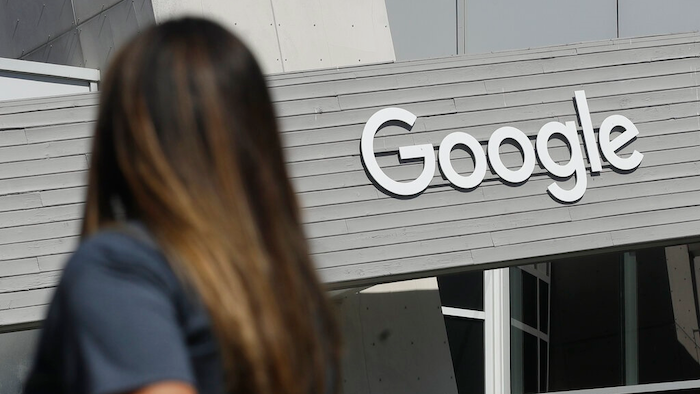 In this Sept. 24, 2019, file photo a woman walks below a Google sign on the company's campus in Mountain View, Calif. A group of Google engineers announced Monday, Jan. 4, 2021, they have formed a union, creating a rare foothold for the labor movement in the tech industry.
AP Photo/Jeff Chiu, File

A group of Google engineers and other workers announced Monday they have formed a union, creating a rare foothold for the labor movement in the tech industry.

About 225 employees at Google and its parent company Alphabet are the first dues-paying members of the Alphabet Workers Union. They represent a fraction of Alphabet's workforce, far short of the threshold needed to get formal recognition as a collective bargaining group in the U.S.

But the new union, which will be affiliated with the larger Communication Workers of America, says it will serve as a “structure that ensures Google workers can actively push for real changes at the company." Its members say they want more of a voice not just on wages, benefits and protections against discrimination and harassment but also broader ethical questions about how Google pursues its business ventures.

The unionization campaign is the latest signal from employees who don't believe the company is living up to its professed ideals, as expressed in its original “Don’t be evil” slogan.

Google said Monday that it's tried to create a supportive and rewarding workplace but suggested it won't be negotiating directly with the union.

“Of course our employees have protected labor rights that we support," said a statement from Kara Silverstein, the company's director of people operations. ”But as we’ve always done, we’ll continue engaging directly with all our employees.”

Unionization campaigns haven’t historically been able to gain much traction among elite tech workers, who get hefty salaries and other perks like free food and shuttle rides to work. But workplace activism at Google and other big tech firms has grown in recent years as employees call for better handling of sexual harassment and discrimination and avoiding harmful uses of the products they’re helping to build and sell.

Many employees began seeing the power of their workplace activism in 2018 when an internal outcry led Google to abandon its work supplying the Pentagon with artificial intelligence services for conflict zones. Later in 2018, thousands of Google employees walked out to protest how the company handled sexual misconduct allegations against executives.

Google software engineer Chewy Shaw, who has been elected to the new union's executive council, said he and others decided to form the group after seeing colleagues pushed out of their roles for their activism.

“We want to have a counterforce to protect workers who are speaking up,” Shaw said.

The latest examples came last month, when prominent AI ethics researcher Timnit Gebru says she was fired over a research paper that Google wanted to disassociate from; and as a federal labor agency filed a complaint accusing the company of spying on employees and then firing some of them during a 2019 effort to organize a union. Google has denied the allegations in the case, which is scheduled for an April hearing.

The union's first members include engineers, as well as sales associates, administrative assistants and the workers who test self-driving vehicles at Alphabet automotive division Waymo. Many work at Google's Silicon Valley headquarters, while others are at offices in Massachusetts, New York and Colorado.

“One of the reasons why it’s taken a while for workers to get to this point is because the leaders of these companies did a good job of convincing workers they were these benevolent folks who were going to provide for them, kind of a paternalistic model,” said Beth Allen, communications director at the CWA.

“That got them a long way,” Allen said, but workers have increasingly realized they need “to come together and build power for themselves and have a voice in what's going on.”

The National Labor Relations Board typically recognizes petitions to form new unions when they get interest from at least 30% of employees in a given location or job classification in the U.S.; a majority of affected workers must then vote to form one. Alphabet has a global workforce of roughly 130,000.

Allen said the Alphabet Workers Union is not currently planning to pursue official recognition as a collective bargaining group. Instead, she said it will work similarly to public sector unions in states that don't allow public employees to bargain collectively.

“We’d love to get direct legal representation but the focus right now is we’re not going to depend on that,” Shaw said.