The Versatile Test Reactor would be the first new test reactor built in the U.S. in decades. 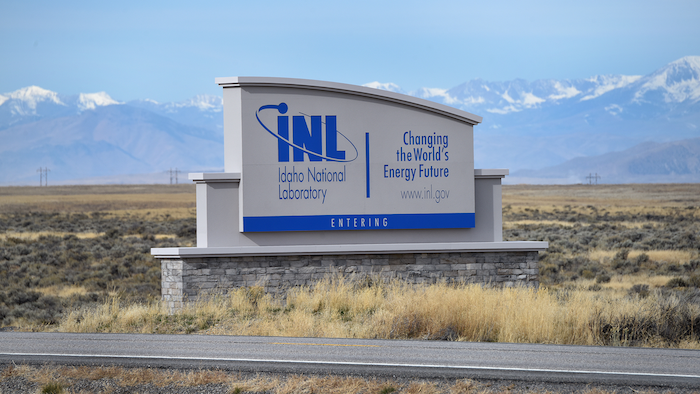 BOISE, Idaho (AP) — The U.S. government said Thursday that Idaho is its preferred choice ahead of Tennessee for a test reactor to be built as part of an effort to revamp the nation’s fading nuclear power industry by developing safer fuel and power plants.

The U.S. Department of Energy said in an email to The Associated Press that the site that includes Idaho National Laboratory will be listed as its preferred alternative in a draft environmental impact statement planned for release in December.

The Versatile Test Reactor, or VTR, would be the first new test reactor built in the U.S. in decades and give the nation a dedicated “fast-neutron-spectrum” testing capability. Some scientists decry the plan, saying fast reactors are less safe than current reactors.

A news release by the Energy Department earlier Thursday listed both Idaho and Tennessee as possible locations without selecting one as being favored.

However, Republican U.S. Sen. Jim Risch of Idaho shared a tweet by the Energy Department’s Office of Nuclear Energy identifying Idaho as its top choice for the reactor.

“Having the VTR at (the Idaho National Laboratory) will allow American companies to perform nuclear testing here in the U.S. — another step toward energy independence,” Risch commented with his retweet.

The Energy Department, after some initial confusion when contacted by the AP, confirmed Idaho was its preferred choice for the project.

The test reactor, if it advances and Idaho remains the top choice, would be built at the department's 890-square-mile (2305-square-kilometer) site in eastern Idaho that includes a nuclear research lab.

“The Versatile Test Reactor continues to be a high-priority project for DOE to ensure nuclear energy plays a role in our country’s energy portfolio,” Secretary of Energy Dan Brouillette said. “Examination of the environmental impacts reflects DOE’s commitment to clean energy sources and will serve as an example for others looking to deploy advanced reactor technologies.”

The final environmental impact statement is due in 2021, followed by what’s called a record of decision finalizing the selection of the site. Plans call for building the reactor by the end of 2025.

The department had a fast reactor, the Experimental Breeder Reactor II, operating in eastern Idaho until it was shut down in 1994 as the nation turned away from nuclear power.

Most nuclear reactors in use now are “light-water” reactors fueled by uranium and cooled with water.

Some scientists are wary of fast reactors, noting they're cooled with harder to control liquid sodium and likely fueled by plutonium, increasing potential nuclear terrorism risks because plutonium can be used to make nuclear weapons.