It culminates a 3-year relationship between the companies after Mars took a minority stake in KIND in 2017. 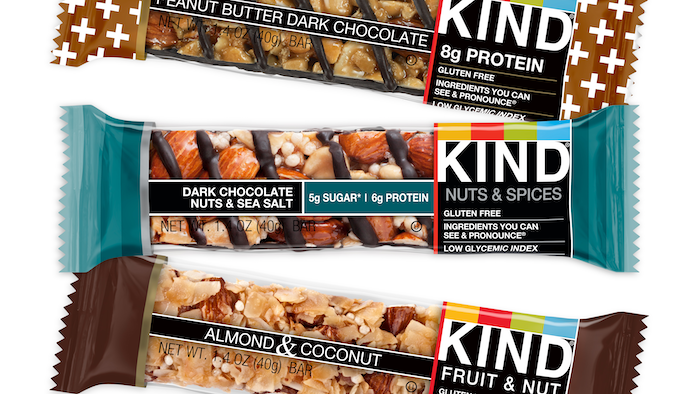 Pet supplies and food snacks conglomerate Mars Inc. announced Tuesday that it is acquiring healthy snacking manufacturing KIND North America in a deal that culminates a three-year partnership between the two companies.

Terms of the deal weren't stated, through the New York Times reported that sources with knowledge of the deal valued KIND at about $5 billion.

Mars — which owns brands in pet food, veterinary care, confectionary, snacking and foods — took a minority stake in KIND in 2017.

Mars said that KIND North America and KIND International will merge to create one organization that operates across 35 countries and will function as a disctinct and separate business within the Mars family of companies.

"When we began this partnership, I said it was one built on mutual admiration and a shared vision for growth," said Grant Reid, CEO of Mars. "After three years, you can see the impact, as together we have grown the healthy snacking category and brought KIND and the KIND Promise to 35 countries and into new categories. We’re delighted to continue to build on this success and welcome KIND North America into the Mars Family of Companies.."