Ballot Requests May Be Affected by Cyber Attack

Hackers demanded ransom of $450 per computer to unlock the system in upstate New York. 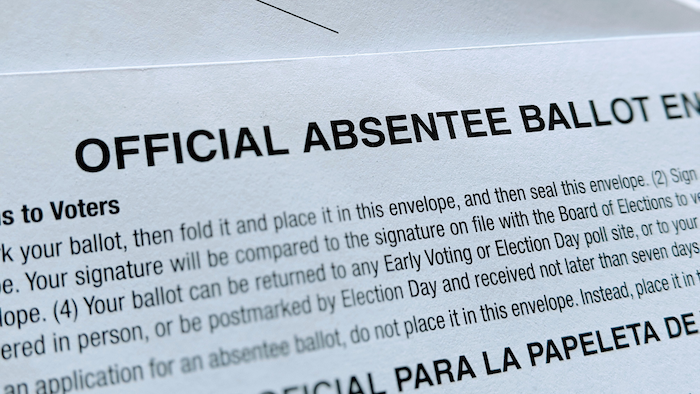 NORWICH, N.Y. (AP) — A hacker attack against an upstate New York county's computer system raised concern that some emailed absentee ballot applications may not be processed, but the state Board of Elections said voting won't be affected overall.

The cyber attack on Oct. 18 encrypted about 200 computers operated by Chenango County and hackers demanded ransom of $450 per computer to unlock the files, Herman Ericksen, the county's information technology director, said Monday. “We are not paying the ransom,” he said.

Last week, the county board of elections released a public statement urging anyone who had sent an absentee ballot application by email since Oct. 15 to call the board to verify it had been received. The statement said the cyber attack would not otherwise impact voting because “the board has redundancies in place that will allow the secure and effective administration of the general election.”

“It was not an attack on the election system,” said state Board of Elections spokesman John Conklin.

Erickson said affected computers are being wiped clean to remove the malware and all software is being reinstalled. The county's email system was down for several days but is back in operation, he said.

State police and the U.S. Department of Homeland Security are investigating the attack, which appears to have originated in Hong Kong, Erickson said.

Chenango County is part of the 22nd Congressional District in central New York, where Republican Claudia Tenney is in a tight race to reclaim her seat from U.S. Rep. Anthony Brindisi, a Democrat who ousted her by fewer than 4,500 votes two years ago.