But surging virus cases could pose a risk to the manufacturing sector. 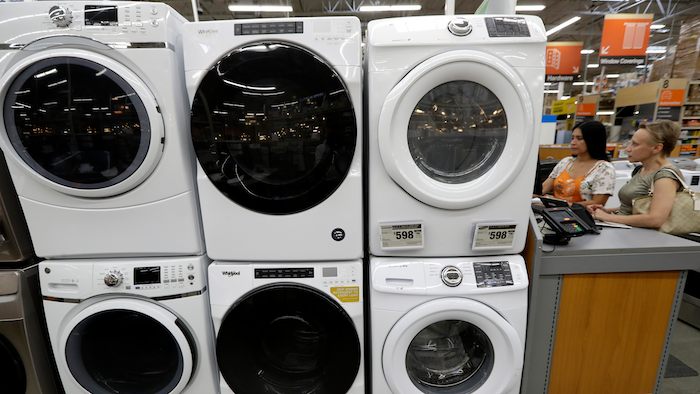 WASHINGTON (AP) — Orders to U.S. factories for big-ticket manufactured goods rose a stronger-than-expected 1.9% in September with a key category that tracks business investment showing a solid gain as well.

The uptick in orders followed a smaller 0.4% increase in August and was the best gain since an 11.8% surge in July, the Commerce Department said Tuesday.

Orders for nondefense capital goods excluding aircraft, a key category seen as a proxy for business investment spending, rose 1% in September after bigger gains in July and August.

While the activity was significantly greater than the modest 0.5% advance many economists had been expecting, U.S. factories continue to face significant headwinds.

“While the September data are positive, the risk to the manufacturing sector now comes from surging virus cases that could result in supply chain disruptions, weigh on demand and slow the pace of rebound going forward,” said Rubeela Farooqi, chief U.S. economist at High Frequency Eonomics.

Average deaths per day across the country are up 10% over the past two weeks, from 721 to nearly 794 as of Sunday, according to data from Johns Hopkins University. Newly confirmed infections per day are rising in 47 states, and deaths are up in 34.

The pace of durable goods orders has slowed after an initial burst in demand as the country re-opened after shutdowns in the spring to contain the virus. In addition to the new surge of infections now underway, analysts are worried that any boost from the $3 trillion in support Congress passed in the spring is fading. Congress so far has been unable to renew programs to boost unemployment benefits and provide support to small businesses.

For September, orders in the volatile transportation sector rose 4.1% with demand for motor vehicles and parts rising 1.5%. Even orders in the troubled commercial airline industry were up by $1.8 billion after having fallen $3.2 billion in August as many airlines struggling to cope with weak travel demand cut back on previous orders.

Orders for computers and related products fell 3.1% in September but demand for primary metals such as steel rose 4%.

Orders for durable goods, items expected to last at least three years, totaled a seasonally adjusted $237.1 billion in September, For the first nine months of this year, orders are down 10.1% from the same period in 2019.