Prosecutors said the automaker failed to disclose defects that led to two deaths in the state. 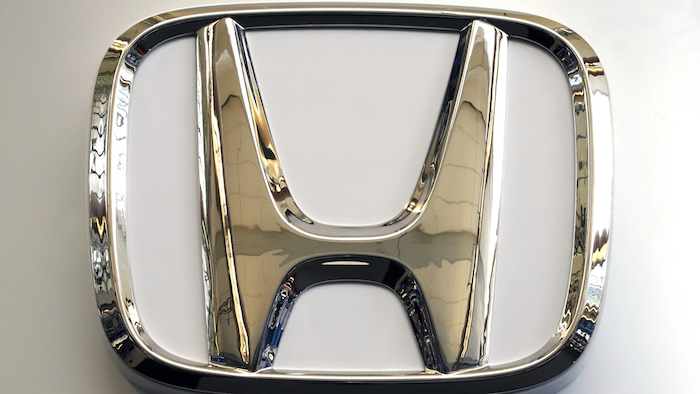 PHOENIX (AP) — Honda has agreed to a $5 million settlement with Arizona over allegations that it failed to disclose defects in air bags that led to two deaths there, the state's top attorney said Wednesday.

Attorney General Mark Brnovich announced the settlement over the faulty airbag systems manufactured by Takata Corp. and used in certain Honda and Acura cars. Under the agreement, roughly $1.7 million will go toward consumer restitution in Arizona. Another $2.1 million will pay for a gift card program incentivizing owners to get their air bags replaced.

“We estimate more than 40,000 of these dangerous airbags are still on the roads in Arizona, and we are pleading with the owners to get their vehicles repaired immediately," Brnovich said in a statement.

Arizona had declined to be part of a joint $85 million settlement with multiple states awarded in August. That settlement only made payments to the states but nothing for customer restitution, Brnovich's office said.

Like with the multi-state settlement, Honda said it was not acknowledging any wrongdoing by agreeing to the terms in the Arizona case. It asserts the now-bankrupt Takata deceived several automakers about the safety of its airbags. Takata pleaded guilty in 2017 to federal criminal fraud charges.

Takata used volatile ammonium nitrate to create a small explosion to inflate air bags in a crash. But the chemical can deteriorate over time when exposed to moisture in the air. The explosion can blow apart a metal canister and hurl shrapnel into the passenger compartment.

The Arizona settlement comes after an Aug. 20 crash involving a 2002 Honda Civic in the Phoenix suburb of Mesa left one person dead. Earlier this month, Honda said its team had inspected the Civic along with the U.S. National Highway Traffic Safety Administration. Investigators determined that the inflator in the driver’s side and passenger air bags had ruptured.

Honda said the Civic was recalled in December 2011 for the driver’s side inflator and in November 2014 for the passenger side. According to the automaker, it mailed more than 15 notices to the owners over eight years, but the free repairs were never done. The company said it also made numerous phone calls and even visited the current registered owner’s home and left recall information.

The driver who was killed was not the registered owner of the car, Honda said.

Globally, the inflators have killed at least 26 people and injured more than 300. Problems with Takata’s products touched off the largest string of automotive recalls in U.S. history with around 50 million inflators recalled. About 100 million are being recalled worldwide.