Demand has been resilient despite the pandemic. 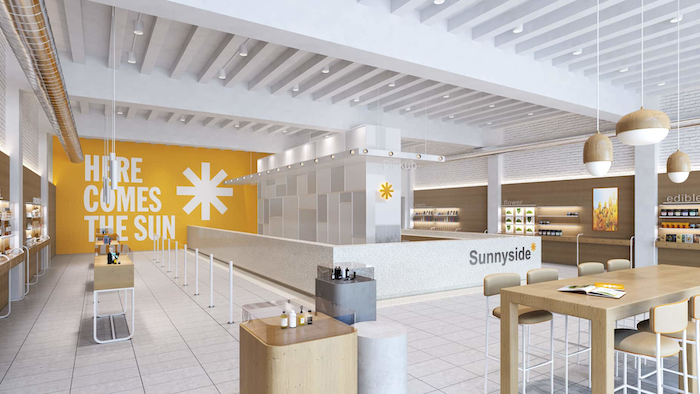 LOS ANGELES (AP) — Demand for marijuana products in U.S. states where they are legal in some form has been resilient this year, despite the pandemic.

In California and other states that account for most of the retail sales of marijuana for recreational use, sales are up 8.5% from a year ago, according to data from industry tracker Headset.

Charlie Bachtell, CEO and co-founder of Chicago-based Cresco Labs, credits strong sales this year to growing marijuana demand and retailers having been deemed essential businesses during the pandemic.

Cresco Labs began growing and selling marijuana in Illinois in 2015, and as of this year has expanded to a total of nine states and Canada. Its sales more than tripled in the first half of this year to nearly $161 million. Its stock trades on the Canadian stock exchange and on over the counter markets in the U.S.

Only 11 states including Oregon and Colorado allow the retail sales of marijuana for recreational use, but advocates are pushing to expand access elsewhere. The pandemic has ravaged states’ finances, making legalizing marijuana -- and collecting high excise sales taxes -- more appealing to state governments. Six states will vote on marijuana-related ballot initiatives in next month's elections.

Bachtell recently spoke to The Associated Press about how Cresco has prospered during the pandemic and the challenges facing the U.S. cannabis industry. The interview has been edited for length and clarity.

Q: How have your sales fared during the pandemic and recession?

A: The easiest way for me to describe it is to compare second-quarter results to first-quarter results. We’re in nine markets across the country, nine different states, and we saw at least 30% sequential growth, quarter-over-quarter, in all of our nine states except for one, Massachusetts. And Massachusetts was one of the very limited states that did not deem the adult-use program essential.

Q: Would you say the pandemic's been a boon for legal marijuana, given so many people are sheltering in place and looking for ways to manage the stress of it all? A: You can find the correlation there, for sure. They have more time on their hands, working from home, being at home, and finding something else to help them take their mind off the stress. All of the above are factors in what we saw with greater acceptance, a greater consumer base with greater spending, so far, during this era. We tend to be in the highly regulated newer markets -- Illinois, Pennsylvania, Ohio, New York -- but they’re seeing growth in well-established markets like Colorado, Washington, Oregon and California. To see growth in those markets is even more telling.

A: The main thing holding the industry back is access to capital that would allow the infrastructure to be built, that then creates the growth, the jobs, the revenue. The fundamental restraint that still hangs over this industry is it’s difficult to capitalize it, but once that hurdle is cleared, even if nothing else is done, you’ll see explosive growth.

Q: The SAFE Banking Act, which would free up banks to do business with licensed marijuana companies, has stalled in the GOP-controlled Senate. How confident are you this and other measures favored by the cannabis industry will become law in the near future?

A: The conversations are changing from ‘Why would we do this?’ to ‘Why wouldn’t we do this?’ Even at the federal level, as it relates to how banking occurs, you’ll find support for this on both sides of the aisle. And it’s less about ‘if’ and more about ‘how’ to do it. Cannabis, from my perspective, is in a very good position.