Workers are waiting for engineers to confirm that the building is stable. 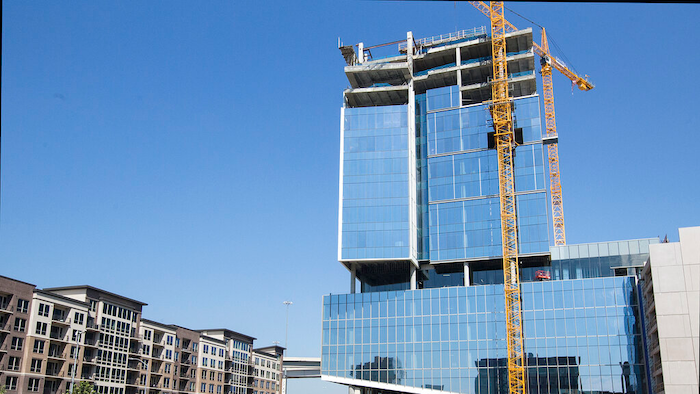 Construction workers place a tarp over an opening on the first level of the Marathon Oil building.
Associated Press

HOUSTON (AP) — Dozens of workers worked with structural engineers Tuesday to stabilize the collapsed portion of a Houston office building so it can be lifted and the bodies of three workers recovered.

The Houston Fire Department said in a statement that its rescue teams were at the scene of the Monday stairwell collapse in the high-rise office building under construction in western Houston that also injured another worker.

The department says the stabilization work will resume Wednesday as its crews wait for engineers to confirm the building was stable enough before entering to recover the bodies.

The cause of the stairwell collapse still hasn’t been determined, and there was no estimate for when the bodies could be recovered, the department said. There was no concern for the overall structural integrity of the building.

The 15-story office building, situated near Interstate 10 on the city’s westside, is set to be the new headquarters of Houston-based Marathon Oil. Employees were set to move into the building in the second half of 2021. It is situated across the street from a series of multi-story apartment complexes and is also north of a popular shopping district that has retail stores and restaurants.

The dead workers’ identities still have not been released.