The lawsuit listed more than 80 people affected by the blast in central Kentucky. 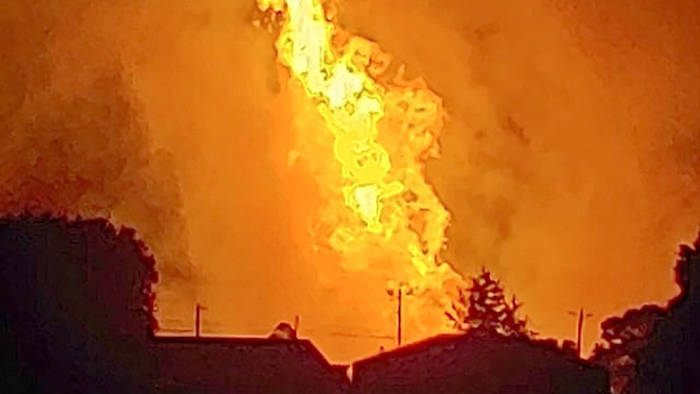 DANVILLE, Ky. (AP) — A lawsuit filed on behalf of those who were injured or who had property damaged in a fatal Kentucky pipeline explosion alleges the operator failed to maintain and repair the line.

Lisa Denise Derringer, 58, died and at least five others were hospitalized following the explosion, according to a federal report.

The lawsuit accused operator Texas Eastern Transmission LP, a subsidiary of Canadian energy company Enbridge, and others of “failing to properly build and maintain the line, failing to identify and correct hazardous conditions, operating the pipeline at a dangerously high pressure and not having an adequate emergency plan,” among other allegations, the newspaper said, citing the lawsuit.

The 30-inch-wide (76-centimeter-wide) pipeline moved natural gas under such high pressure that the flames reached about 300 feet (91 meters) in the air and could be seen throughout the county, Kentucky State Police spokesman Robert Purdy said at the time.

The flames damaged or destroyed more than a dozen homes and scorched 30 acres (12 hectares) of land, according to authorities.

The National Transportation Safety Board is investigating whether corrosion could have caused the blast, and the Pipeline Hazardous Materials Safety Administration announced in an April report that there were defects in the pipeline that the operator missed, the Herald-Leader said. The agency ordered the operator to review two decades' worth of tests to determine whether there could be additional remaining defects in the line.

An Enbridge spokeswoman said the company had no comment on the lawsuit, according to the newspaper.