The state House and Senate passed a two-year moratorium on the practice. 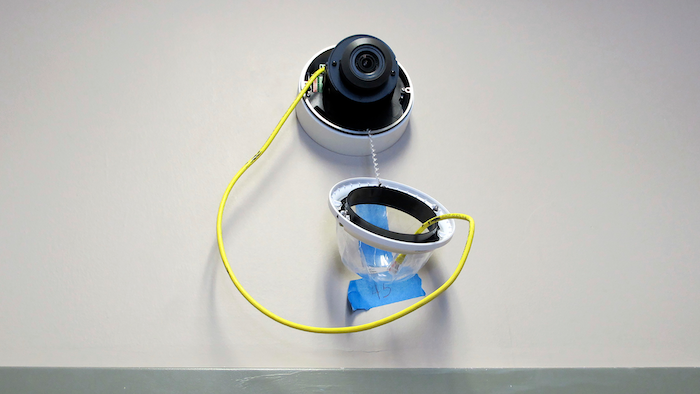 The New York Legislature has passed a two-year moratorium on the use of facial recognition in schools.

The ban approved by the House and Senate on Wednesday follows an upstate district's adoption of the technology as part of its security plans and a lawsuit from civil rights advocates challenging that move.

The legislation would prohibit the use of biometric identifying technology in schools until at least July 1, 2022, and direct the state's education commissioner to issue a report examining its potential impact on student and staff privacy and recommending guidelines.

The Lockport Central School District activated its system in January after meeting conditions set by state education officials, including that no students be entered into the database of potential threats. Schools have been closed since mid-March because of the coronavirus pandemic.

Administrators have said the system is capable of alerting staff to guns as well as sex offenders, suspended staff members and other people flagged by law enforcement or prohibited by court order from being in schools.

If signed into law by Gov. Andrew Cuomo, the moratorium would effectively pause the Lockport district’s system until the education commissioner’s study is conducted or the moratorium is ended, according to the New York Civil Liberties Union, which sued in June to have the system deactivated.

Lockport administrators said Thursday they were “profoundly disappointed” by the Legislature’s action preventing them from using a system that was approved by both New York state and the Education Department.

“The district does not believe that there is any valid basis on which it should be prevented from utilizing this available, approved and operating technology to enhance the safety and security of the district’s students, staff and visitors and to respond to real world threats,” a district statement said.

The NYCLU lawsuit, filed on behalf of two district parents, is pending.

“We’ve said for years that facial recognition and other biometric surveillance technologies have no place in schools, and this is a monumental leap forward to protect students from this kind of invasive surveillance,” Stefanie Coyle, deputy director of the NYCLU’s Education Policy Center, said in a written statement. “Schools should be an environment where children can learn and grow, and the presence of a flawed and racially-biased system constantly monitoring students makes that impossible.”

In a statement praising the temporary ban, the New York City-based Surveillance Technology Oversight Project said the technology is more error-prone for students of color, “compounding the human bias they face every day.”

Although used in places like airports and stadiums, facial recognition is so far rare in public schools. The western New York district is believed to be the first in the state to incorporate the technology in the aftermath of deadly mass school shootings.

Superintendent Michelle Bradley has said the system does not collect or store any personally identifiable or other information until a match is made and confirmed by school staff, who would receive an alert from the system.

The $1.4 million Canadian-made Aegis system was funded through a state technology bond.