People were living in North America much earlier than most scientists accept. 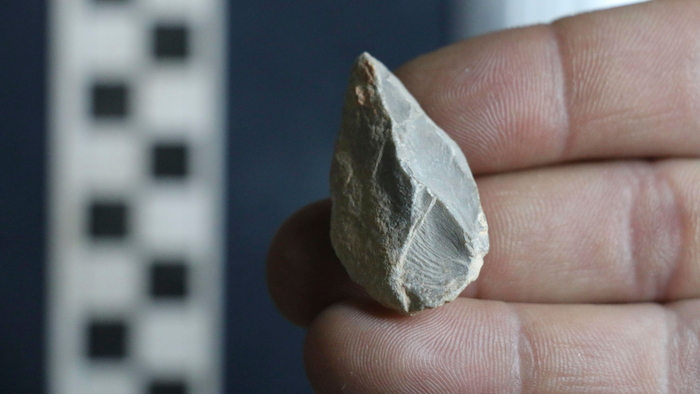 This undated photo provided by Ciprian Ardelean in July 2020 shows a stone tool found below the Last Glacial Maximum layer from a cave in Zacatecas, central Mexico. Artifacts from the cave suggest people were living in North America much earlier than most scientists think. Researchers reported Wednesday, July 22, 2020, that the tools date to as early as 26,500 years ago, about 10,000 years before the generally accepted date for the earliest human presence in North America.
Ciprian Ardelean via AP

NEW YORK (AP) — Stone tools found in a Mexican cave suggest that people were living in North America as early as about 26,500 years ago, much earlier than most scientists accept, a new study says.

It’s a new step in the difficult and contentious process of establishing when people arrived in North America from Asia. Presently, the most widely accepted dates for the earliest known North American archaeological sites date to before 15,000 years ago and extend maybe to 17,000 years ago, says anthropology professor Tom Dillehay of Vanderbilt University in Nashville, Tennessee. He was not involved in the cave study.

In Wednesday’s issue of the journal Nature, scientists reported on artifacts found in a mountain cave in the state of Zacatecas in north-central Mexico. Ciprian Ardelean of the Autonomous University of Zacatecas and others say they found stone tools and debris from tool-making that they dated back as far as 26,500 years ago. There’s some indication that some artifacts go back beyond 30,000 years, but so far the evidence isn't strong enough to make a firm claim, Ardelean said.

Ardelean said he believed people probably used the cave as a winter shelter for short periods of time. His team was unable to recover any human DNA from the cave.

Dillehay said the proposed date for the artifacts may be valid if it stands up to further scrutiny. But he suspects they aren’t more than 20,000 years old and most likely fall in the range of 15,000 to 18,000 years old. He doesn’t question that some of the artifacts are probably man-made, but said he'd like to see other evidence of human occupation of the cave, like hearths, butchered bones and burned edible plant remains.

In a Nature commentary, Ruth Gruhn, a professor emerita of anthropology at the University of Alberta in Edmonton, said the results should bring fresh consideration of six Brazilian sites proposed to be older than 20,000 years. Those age estimates are now “commonly disputed or simply ignored by most archaeologists as being much too old to be real,” she wrote. 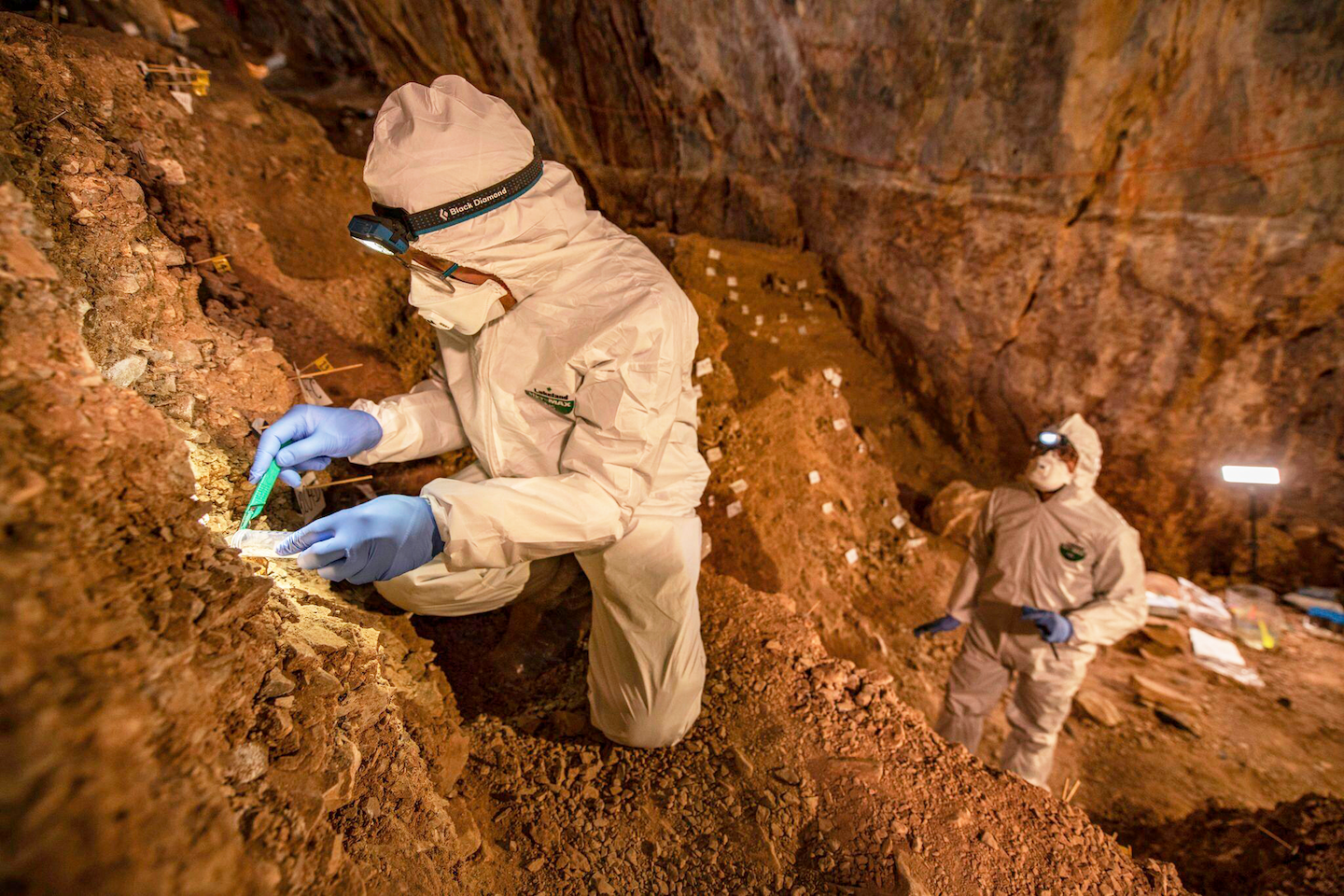 In this 2019 photo provided by Devlin A. Gandy, assistant professor Mikkel Winther Pedersen from the University of Copenhagen takes samples of cave sediments to look for DNA in Zacatecas, central Mexico.Devlin A. Gandy via AP