The high nutritional value of insects, combined with growing global populations, should play a role in the market expansion. 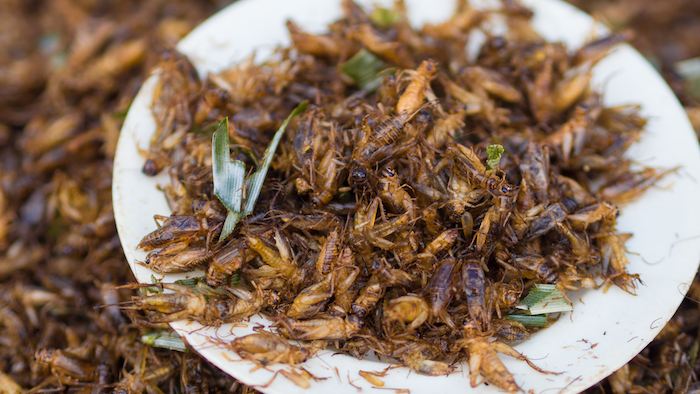 The factors such as growing population and decreasing food resources, increasing demand for protein-rich food, the high cost of animal protein, environment sustainability with production and consumption of edible insects, the high nutritional value of insects, and low risk of transmitting zoonotic diseases are driving the growth of the global edible insects market.

However, non-standardized regulatory framework across the globe, lack of awareness, psychological and ethical barriers, and allergies due to insect's consumption are the major factors restraining the growth of this market to some extent.

Based on insect type, crickets commanded the largest share in 2018 and expected to dominate the global edible insects market during the forecast period. The growth of this type is primarily attributed to its high nutritional value, easy farming, easy processing, and growing use in various food recipes & products. Also, increasing demand for cricket-based products, such as protein powder, protein bars, and snacks, among others further supports the growth of this segment.

Based on application, the insect protein bars and protein shake application segment is expected to grow at the highest CAGR during the forecast period. The fast growth of this segment is mainly attributed to the increasing inclination of young generation towards the fitness and wellness, the rising number of health clubs and fitness centers, and busy lifestyle and swelled disposable income which demands highly nutritious and convenient food.

An in-depth analysis of the geographical scenario of the industry provides detailed qualitative and quantitative insights about the five major geographies (North America, Europe, Asia-Pacific, Latin America, and Middle East & Africa) along with the coverage of major countries in each region. Asia-Pacific commanded the largest share of the global edible insects market in 2018, followed by Europe and North America. The largest share of this region is mainly attributed to the insect's diversity and huge production, positive attitude towards the insect as food and feed, and no regulatory barrier to use insect in food and feed.