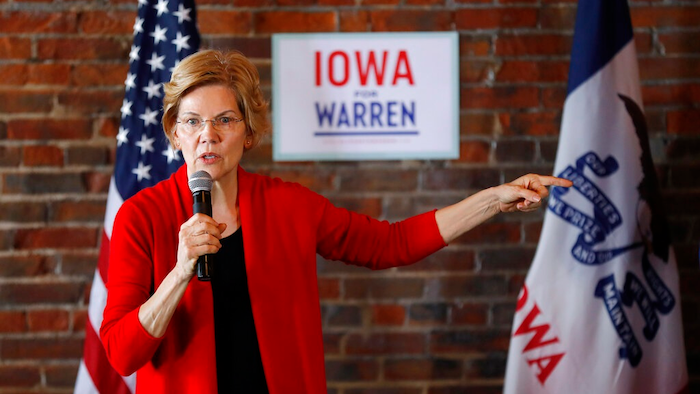 DES MOINES, Iowa (AP) — Massachusetts Sen. Elizabeth Warren is calling for the breakup of what she says are unfair farming monopolies.

If elected president, the Democratic lawmaker says she'd appoint regulators to review and reverse some mergers among farming corporations. She singled out Bayer-Monsanto as a merger that "should never have been approved."

Warren also proposes breaking up "vertically-integrated" agribusinesses — those, like Tyson, that control multiple levels of production and processing of a product.

The policy proposals come just days before Warren will appear at a presidential forum hosted by the Iowa Farmer's Union.

She also has called for the breakup of mammoth technology firms.