As Florida is to oranges and Maine is to lobster, Wisconsin is to cheese. 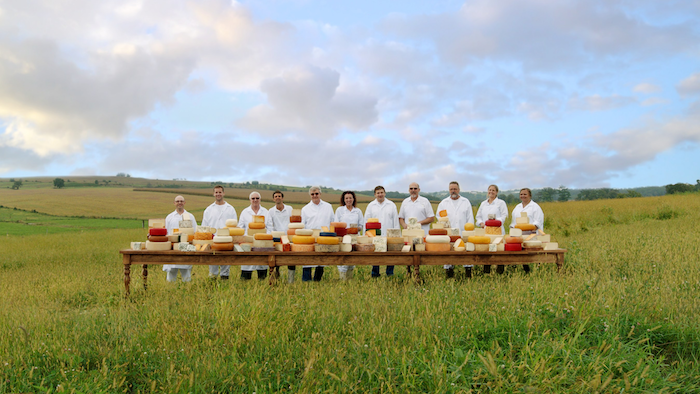 (PRNewswire)  Wisconsin is taking steps to boldly claim its place as the state of cheese and answer the question, "Why Wisconsin?"

As Florida is to oranges and Maine is to lobster, Wisconsin is to cheese. Stated in the new brand anthem video that launches today in major media outlets, "Wisconsin is one of those places with certain people who do a certain thing better than anyone else, anywhere." That thing is cheese. The launch of the first-ever commercial for Wisconsin cheese highlights the story and heritage of Wisconsin cheesemakers — the pioneers, explorers and dreamers — and their internationally acclaimed cheeses.

Research indicates that 86 percent of consumers think of Wisconsin when they think of cheese. However, Wisconsin wants to help deepen their knowledge. Most Americans are shocked to learn that Wisconsin wins more awards than any other state or country, that Wisconsin has the only Master Cheesemaker Program outside of Europe, and that Wisconsin makes nearly half of the specialty cheese in the United States.

The new video showcases Wisconsin cheesemakers with beautiful wheels, blocks and cuts of cheese from companies across the state. They take center stage around a 25' long farm table in one of Wisconsin's most scenic fields with a picturesque sunset as the backdrop. The video is the latest addition to an entire portfolio of updated brand elements that bring Wisconsin cheese to life for consumers across America.

The state's tradition of cheesemaking began before Wisconsin was recognized as a state. Wisconsin's 1,200 cheesemakers, many of whom are third and fourth-generation, continue to pass on old-world traditions while adopting modern innovations in cheesemaking craftsmanship.

Jar of 'Most Ancient' Cheese